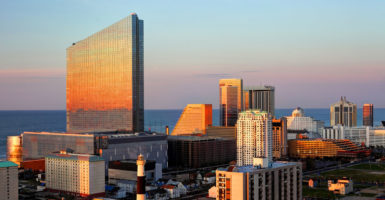 New Jersey has sought to legalize sports betting and is expected to benefit from Monday's Supreme Court ruling, which allows states to legalize the practice. (Photo: DenisTangneyJr/Getty Images) 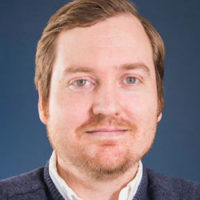 Jonathan Wood is an attorney at Pacific Legal Foundation.

Our Founding Fathers wisely recognized that, to safeguard individual liberty, power must be divided up between different branches and levels of government.

To preserve that system, courts must block any effort to upend that division, whether it be an imperious president seeking to force Congress to pass particular legislation, or a Congress similarly dictating to the states.

The Supreme Court reiterated that simple and fairly obvious principle in an opinion Monday, striking down a federal statute that forbade states from amending their own sports gambling laws.

The Professional and Amateur Sports Protection Act, enacted in 1992, aimed to prevent the spread of legalized sports betting. But, instead of forbidding sports betting activity under federal law, it forced states to forbid it by prohibiting them from amending their existing bans.

The Professional and Amateur Sports Protection Act didn’t stop the spread of sports betting, which has grown to a $100 billion industry (albeit an illegal one). Nationwide, people openly place illegal bets on the Super Bowl, the NCAA basketball tournament, and many other sporting events. In 2016, President Barack Obama even bragged about violating these laws during an appearance on “The Late Show with Stephen Colbert.”

Recognizing that prohibition has been as ineffective for sports betting as it was with alcohol, New Jersey voters passed a referendum by an overwhelming 2-to-1 margin, demanding the state Legislature reform the state’s ban. But the popular will has been thwarted by sports leagues suing under the Professional and Amateur Sports Protection Act to block the reform effort.

New Jersey took the fight all the way to the Supreme Court, which gave the state an unqualified win.

In a 7-2 decision, Justice Samuel Alito explained that the Professional and Amateur Sports Protection Act is at odds with a fundamental premise of the Constitution: that power was divided between the federal government and the states, with each answerable to the people. Congress can no more treat the states as puppets than the states can seize control of Congress.

According to Alito, the Professional and Amateur Sports Protection Act “unequivocally dictates what a state legislature may and may not do.” He continued, “It is as if federal officers were installed in state legislative chambers and were armed with the authority to stop legislators from voting on any offending proposals.”

The constitutional defect, the court found, is that the law attempts to control how states regulate their citizens, rather than regulating betting directly under federal law.

Regardless of your personal views of sports betting, you should celebrate this decision as a win for federalism, a core guarantee of democratic accountability. Now, the voters in each state will get to decide for themselves whether to maintain their current bans or pursue reform. If state politicians ignore the will of their voters, they can and should pay the price at the next election.

It is likely that several states will seize this opportunity. Twenty states joined an amicus brief in the Supreme Court supporting New Jersey (none opposed it). The prospect of addressing the problems created by the large black market and the allure of additional tax revenues may soon lead many of these states to pursue reform.

But the impact of the decision will be felt far beyond sports betting. The constitutional principles vindicated in today’s decision apply to every policy issue you may care about. Whatever matters most to you, you’re better off with 50 states experimenting with different approaches so that we can learn what works and what doesn’t.

Over the long term, everyone wins with federalism, regardless of their views on the political controversy of the moment. Dividing power between the federal government and the states makes it more difficult for any political force to consolidate too much power.

This is exactly as the Founding Fathers intended. They recognized that the consolidation of government power is the greatest threat to individual liberty. The Supreme Court’s decision reaffirms that principle and guarantees that states will remain responsive to the will of their voters rather than mere puppets of an overreaching federal government.