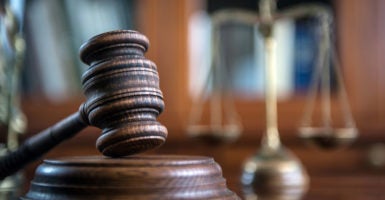 Dubbed by Louisiana Attorney General Jeff Landry as “the Neil Gorsuch of Louisiana,” Duncan is currently a lawyer in private practice. He has argued more than 30 cases in federal appellate courts, including two before the Supreme Court.

Previously, Duncan served as Louisiana’s first solicitor general (or appellate chief), as general counsel of the Becket Fund (a nationally recognized public interest law firm), and as a law professor at the University of Mississippi Law School. After entering private practice, he continued to advance Louisiana’s interests by defending the state’s laws on marriage, abortion, and religious liberty.

At Becket, Duncan served as the lead lawyer in Hobby Lobby’s challenge to the Obamacare contraceptive mandate. He supervised Becket’s representation of an Orthodox Jewish inmate against a prison that violated his rights and a mosque against a discriminatory land-use regulation under the Religious Land Use and Institutionalized Persons Act.

Duncan has also handled a broad range of other types of cases, noting at his confirmation hearing that he has “had a case on every one of the Bill of Rights except the Third Amendment” (there aren’t many of those) and has handled cases for and against government in the civil and criminal contexts.

While the left did its best to try to vilify Duncan, his record shows he will make a top-notch judge who shows respect to the rule of law, the Constitution, and the litigants before him.

At his confirmation hearing, Sen. Chuck Grassley, R-Iowa, asked Duncan to elaborate on how serving as solicitor general is relevant to being a judge. Of being the state’s chief advocate in court, Duncan said, “You have to take the politics out. You have to focus on the law. … You have to make the most zealous and reasonable arguments you can within the precedents.”

I always appreciated and respected Kyle’s advocacy for his client and his respect for the humanity of the same-sex couples who would be most affected by the case. While I disagreed with many of his arguments, often emphatically, I never found a trace of bias, bigotry, or any disrespect toward the same-sex individuals in the case.

Both of us strove mightily as adversaries. But we continue to eat and drink as friends.

Kyle knows well the difference between the advocate’s role for his client (in the same-sex marriage case, the state of Louisiana) and what he would be called upon to decide as a judge on the 5th Circuit. I maintain this view of Kyle even after having faced off against him in the highly charged atmosphere of same-sex marriage litigation. His ability to act as a judge and not advocate will surely carry over to other questions of public importance facing the 5th Circuit.

Duncan also received support from current and former state solicitors general, who said Duncan has “the personal and professional qualities that should typify” the federal bench.

We, the authors, have had the privilege of working with Duncan over the years—first when he was general counsel of Becket and later when he entered private practice. He’s exactly the type of judge our country needs. He is committed to interpreting the Constitution and laws according to their original public meaning.

We agree completely with former Attorney General Ed Meese, who wrote, “[T]he president could do no better than nominating Kyle Duncan.”

Trump should be commended for tapping Duncan for this judgeship, and congratulations are in order for our newest appeals court judge.