Add These Voter Fraud Cases to the Growing List 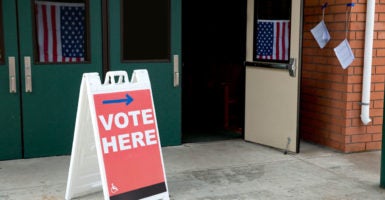 Despite the lack of media coverage, evidence of election fraud continues to mount.

This week, The Heritage Foundation added 26 new entries to its election fraud database, bringing the searchable ledger to a total of 1,132 proven instances of election fraud. That includes 983 cases that ended in a criminal conviction, 48 that led to civil penalties, 79 where defendants were enrolled in a diversion program, and 22 cases of official or judicial findings of fraud.

Americans should be alarmed. These entries represent irrefutable evidence that fraud has impacted elections in 47 states, and across all levels of government.

Worse still, they are probably just the tip of America’s election fraud iceberg. The Heritage database is not comprehensive, so the actual volume of vote fraud is likely far higher. Exactly how much higher is anybody’s guess.

Many states lack the robust procedures needed to detect and prevent fraud, and many prosecutors opt not to pursue election fraud cases in favor of other priorities once an election is over.

So long as these circumstances remain unchanged, American elections will be vulnerable to those willing to put their own personal interests or political preferences ahead of the will of the voters.

Here are some examples of people doing just that, from the latest database entries.

Kevin Williams, a Nigerian citizen and an illegal immigrant, voted illegally in both the 2012 and 2016 elections in St. Louis, Missouri. He also committed tax refund fraud to the tune of $12 million, employing a scheme using stolen IDs from public school employees, among other nefarious actions.

In addition to his prison sentence, he was ordered to pay restitution in the amount of $889,712 to the Internal Revenue Service, and he faces deportation.

Miguel Valencia-Sandoval, an illegal immigrant from Mexico, admitted that he paid $50,000 in March 2005 for the birth certificate of a Texas man, Ramiro Guerrero-Vasquez. Using that stolen identity, he resided in Champaign County, Illinois, for the past 11 years.

Valencia-Sandoval pleaded guilty in 2017 to five counts, four of which relate to voting while not a citizen. After spending a year in jail following his apprehension for trying to illegally re-enter the United States, he was sentenced to time served in January 2018. Afterward he will be deported back to Mexico.

Max Judson was convicted of election fraud and witness tampering related to the 2014 primary election in Indiana.

Judson admitted that while running as a candidate for the Sullivan County Council, he solicited someone he knew was not a resident of the district to cast an absentee ballot. He also admitted that when he realized he was being investigated, he attempted to intervene and deter the voter from communicating with law enforcement officials.

In 2017, Judson—who had been elected to the county council—pleaded guilty to two charges related to his election misconduct. He was sentenced to serve one year and one day in prison, one year of supervised release, and was ordered to pay a $500 fine. He was also forced to resign from his seat on the Sullivan County Council.

Harmful to Every American

As these cases should make clear, voter fraud is not, and ought not be treated as a partisan political issue. No one’s interests, Republican or Democrat, liberal or conservative, are served by noncitizens casting fraudulent ballots, candidates for office cheating their way to victory, judges overturning elections because of falsified ballots, or any of the other schemes identified in the Heritage database.

Nor are anyone’s interests served by politicians and activists who deny that election fraud exists. Those who resist and obstruct even fact-finding efforts to discover the extent of the problem are doing America no favors. They may prefer to remain willfully blind to weaknesses and vulnerabilities in our system that strike at the very heart of our democracy, but the voters who are expected to trust the results of that system deserve better.

It is therefore incumbent on our elected leaders to take the issue of election fraud seriously, and guard against it. That includes adopting reasonable policies and procedures, like voter identification and proof of citizenship requirements, utilizing interstate cross-check programs to identify duplicate voters registered and casting ballots in multiple states, and routinely purging voter rolls of inaccurate and out-of-date entries to cut down on the potential for fraud.

It is long past time for states to take these steps. Sadly, until they do, Heritage’s election fraud database will continue to grow—and so will all the other fraud that remains hidden in the shadows.