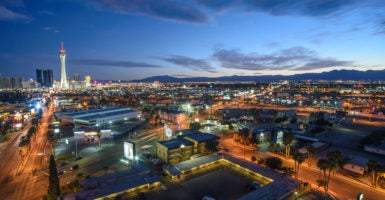 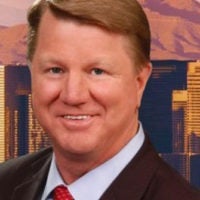 Confidence among small business owners is at a record high, according to a recent CNBC survey. The good humor is due, in part, to the half of them who expect positive change to come from the new tax law in 2018.

Positive change is already happening: Wells Fargo and U.S. Bancorp are two of many institutions raising their starting pay to $15 an hour.

I’m from Nevada, and Las Vegas’ own South Point Hotel, Casino, and Spa doubled its employee bonuses and canceled a scheduled increase in health insurance costs as a result of the tax cuts.

All told, Americans for Tax Reform reports that more than 4 million U.S. workers are receiving bonuses, wage increases, or better benefits thanks to the new tax law.

But if you exclusively listen to the overarching narrative from the political left, it seems tax cuts benefit only large corporations at the expense of the American middle class.

As for the rest of us? Any benefits we see are mere “crumbs,” according to House Minority Leader Nancy Pelosi, the 15th-wealthiest member of Congress.

I’ll give Democrats credit for getting half the story right: Businesses are benefiting from the new tax law, but not to the exclusion of working America.

Regardless of whether one’s paycheck comes from a corporation or a small business, workers already have begun to see greater take-home pay because the new tax system reduces the federal tax rate for every person earning less than $200,000 (or $400,000 for families). Consequently, The New York Times reported, a majority of Americans now support the tax overhaul.

Small business owners—and by extension, their employees—are benefiting too. The new tax law allows business owners to expense immediately the equipment they invest in, rather than spreading their tax savings according to a complicated depreciation schedule.

The new law also allows business owners to fully deduct loan interest. This helps local job creators save money on the new trucks, ovens, or construction projects that will allow their small business to grow into a medium or large one.

A low tax burden helps businesses get off the ground. It isn’t rocket science.

Nevada is one of four states with no corporate income tax (although we do levy other business fees), and one of seven states with no personal income tax. It makes sense, then, that two-thirds of these low-tax states consistently are ranked the best places to do business by outlets such as Forbes and U.S. News.

The small business owners I’ve spoken with over the years all echo a similar sentiment: Nevada’s fairly low-tax business environment makes it a welcome place to plant their roots and build the business they’ve always envisioned.

But a lack of capital stops them from expanding. Releasing federal taxes back to these job creators is the first step in addressing this problem.

It’s madness to think that our best-performing small businesses previously were shackled with a federal income tax rate of almost 40 percent.

Small businesses are responsible for creating more than 450,000 of Nevada’s private sector jobs, and close to 60 million jobs nationwide. They shouldn’t be punished for it by having to hand over close to half their earnings to the federal government.

Removing such a large portion of business income from a local economy to fund Washington priorities does little to improve the lives of working Americans. Our schools are funded and highways maintained with revenue generated from a healthy local economy.

And as my state’s own tax structure has proven, there’s no better way to stimulate a local economy than putting money back into the hands of those who drive it forward.