The skyline at dusk in Charleston, West Virginia, where the author does business. Across the country, small business creates two-thirds of all new jobs, he writes. (Photo: Henryk Sadura/Tetra Images/Newscom) 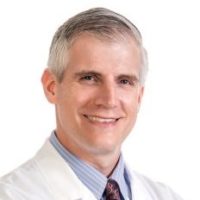 Dr. Chris Stansbury is a West Virginia small business owner, practicing optometrist, and a member of the Job Creators Network.

Talk about the tax cuts continues to dominate conversations across the country months before the midterm elections.

For conservatives, the argument is simple: The president worked hard with Congress to pass tax relief for small businesses, and we’re already seeing the fruits of those labors.

Small businesses aren’t just the backbone of our national economy. They’re the engine of durable, sustainable economic growth in states and localities from West Virginia to the West Coast.

It’s easier than ever for those businesses to reinvest the revenue they need to grow in a recovering economy when employers must offer better jobs with higher wages to attract talent in a tight labor market.

Make no mistake, that’s the economy we get to enjoy now that small businesses no longer are held captive by the federal government.

Optimistic about the coming tax cut, owners piled on about 95,000 new jobs in February alone. Now, confidence is at a high—not just among small companies, but among Americans in general. In a new poll, they place more trust in small business than any other nationwide institution.

That doesn’t just mean people are ready to shop (though they are). Small business extends through the fabric of our economic life. From manufacturing to agriculture to exports and beyond, America’s 29 million small businesses lift all parts of the country, in all sectors of life.

Just ask our top economists. Over 75 percent polled said the growth coming in 2018 will be significant. Small firms are ready to keep on growing, and Americans are ready to give them their business.

After all, word’s getting around that the new tax code is a boon for just about everyone, not only small businesses. Most Americans spent the holiday season looking forward to the new year, expecting an economic surge or a dip in their tax bill. Now, yet again, the experts back them up: 80 percent or more are on track to start realizing tax savings this year.

No wonder the tax code keeps getting more popular—and public opinion about our collective fortunes is off the charts. Good or better economic ratings are at generational highs.

Regardless of political identification, most Americans feel better about the economy than they have since the internet boom at the beginning of the millennium.

No offense to cyberspace, but it’s high time we had an economic boom in the brick-and-mortar world too. With the new tax cuts, that’s exactly what we’re getting. Jobs and investment pushed overseas by our too-high taxes are coming back home. Economists expect payrolls to rise higher and unemployment to drop lower, even though the current unemployment rate is already at a 17-year low.

It’s simple, tried-and-true math. Good tax cuts like these deliver more consumer spending and as more small business investment. One rewards the other. The lifeblood of our Main Street economies pumps swiftly and surely.

We’re all looking toward the future. And thanks to the 2018 tax cuts, it’s clear to see we’re all getting moving again.