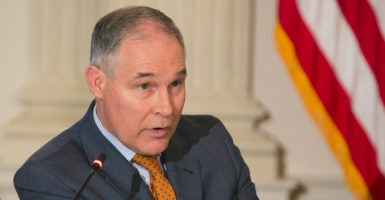 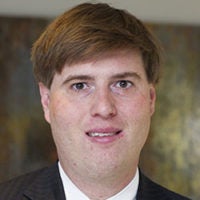 Adam Piper is the policy director for the Republican Attorneys General Association and the Rule of Law Defense Fund. He previously served as the executive chief of staff to Attorney General Alan Wilson of South Carolina.

When President Barack Obama’s EPA introduced the so-called “Clean Power Plan” by phone, pen, and teleprompter, he knew he had a strong sound bite and great talking points. But that’s where its momentum abruptly ended.

Like most of the Obama administration’s political agenda, clever messaging aside, the Clean Power Plan faced a head-on collision with the rule of law. Standing guard, state attorneys general staunchly defended at every turn the Constitution and the limits it imposes.

These meetings are designed to allow Pruitt to receive both favorable and unfavorable comments from those who have to comply with EPA regulations. The EPA is grappling with how to properly regulate emissions from power plants without killing thousands of jobs or forcing Americans to pay double-digit increases in their energy bills.

This listening tour—as well as the Trump administration’s healthy respect for the Constitution, deference to the rule of law, and dedication to ensuring greater prosperity and job creation—is a welcome shift from the top-down approach of the Obama administration.

>>> The Weaponization of the EPA Is Over: An Interview With Scott Pruitt

Obama and his agencies ruled via administrative fiat, dictated policy, picked winners and losers, and scored cheap political points at the expense of everyday Americans.

The Clean Power Plan provides a perfect contrast and illustration of the abandonment of the Constitution by Obama, who clearly never took one of Missouri Attorney General Josh Hawley’s constitutional law classes.

It also showcases how state attorneys general prevented irreparable damage to our economy and our system of government. Both the Clean Power Plan timeline and eventual coalition—which included Republicans (such as Hawley) and Democrats (such as his predecessor, Chris Koster)—are equally remarkable.

The coalition eventually expanded to a bipartisan 29 states. On Feb. 9, 2016, it won an unprecedented and historic stay in the Supreme Court. That major victory meant the Obama EPA would not be able to ignore the Constitution and implement the Clean Power Plan unilaterally.

On Sept. 27, the EPA officially proposed the withdrawal of the Clean Power Plan following a review process.

Pruitt’s listening tour presents two additional contrasts. First, during the Obama administration, Republican attorneys general worked with their Democratic counterparts, such as Koster, to tirelessly defend the Constitution and their state laws.

Compare that with other Democratic attorneys general, such as New York’s Eric Schneiderman and California’s Xavier Becerra, who have yet to recruit a single Republican attorney general against the Trump administration in their partisan efforts to prevent reductions in the size and scope of the federal government.

Second, the Trump administration listens to a variety of voices about the impact of regulations, such as those of the Clean Power Plan. By contrast, the Obama administration refused to meet with Republican attorneys general over concerns on matters such as data security and Obamacare.

There is one positive of Obama’s belief that he could say “dilly dilly” and magically expand the scope of presidential power. It presented state attorneys general with a prime opportunity to defend the rule of law.

More than two dozen state attorneys general, such as Leslie Rutledge of Arkansas, Sean Reyes of Utah, Adam Laxalt of Nevada, Bill Schuette of Michigan, and Alan Wilson of South Carolina—along with Morrisey and Hawley—took full advantage in courts of law and public opinion to combat the unconstitutional Obama overreach.

Because of their successes against actions such as the Clean Power Plan, Republican attorneys general helped enable the Trump administration to eliminate, in 2017 alone, 22 old regulations for every new one issued.