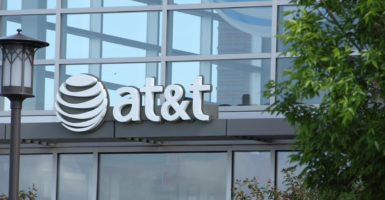 "Congress, working closely with the president, took a monumental step to bring taxes paid by U.S. businesses in line with the rest of the industrialized world," AT&T's chairman and CEO says. (Photo: iStock Photos)

One hundred sixty-four companies have gone on record stating they gave bonuses and pay raises to employees because of the new tax reform law, according to Americans for Tax Reform.

The list has been continually updated and jumped from 40 companies to 164 in 10 days, the Washington Examiner reports.

The list shows what each company paid in bonuses and includes attached statements or press releases, saying tax reform was the catalyst for each company’s decision.

AT&T showed direct support for President Donald Trump in its statement and said it expects the changes to produce more jobs and “economic growth.”

“Congress, working closely with the president, took a monumental step to bring taxes paid by U.S. businesses in line with the rest of the industrialized world,” AT&T Chairman and CEO Randall Stephenson said in a statement. “Tax reform will drive economic growth and create good-paying jobs. In fact, we will increase our U.S. investment and pay a special bonus to our U.S. employees.”

Americans for Tax Reform tweeted the list and said companies also provided increased 401K contributions along with the bonuses as a result of the new tax law.