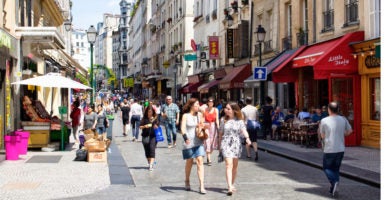 France is considering a new age of consent for having sex that will likely be lower than the minimum age for signing up for a social media account. (Photo: iStock Photos)

France is considering a new law that would require all children under the age of 16 to get parental approval to open a social media account.

The legislation was introduced Wednesday as part of wider push to adapt data privacy regulations.

“Joining Facebook will involve parental authorization for minors aged under 16,” said Nicole Belloubet, the French justice minister, according to Reuters.

People would have to tick a box to confirm that parental approval has been obtained. The box-tick would be a declaration governed by law, but it’s unclear how enforceable the new legislation would be.

Cellphones will also be banned at French school from the start of the next school year. Children are already banned from using phones in class but the new law would cover recess and lunch breaks.

The country is simultaneously considering a new age of consent for having sex that will likely be lower than the minimum age for signing up for a social media account. The government wants the legal minimum age of consent to be 13, while other French leaders have called for an age limit at 15.

Jacob Bojesson is a foreign correspondent for the Daily Caller News Foundation.