A Traditional Marriage Student Group Has Been Branded a ‘Hate Group’ 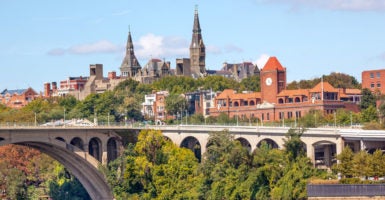 A student group at Georgetown University has come under attack for taking the allegedly "hateful" position that Christianity got it right when it said sexual relations were meant for marriage, and that marriage was meant to be between a man and woman. (Photo: iStock Photos) 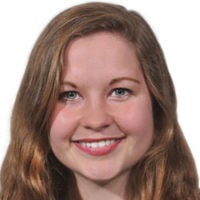 Kelly Marcum is the office coordinator for government affairs at the Family Research Council, where she also tracks legislation on abstinence education and human trafficking.

In today’s bitter political climate, there are few labels more intellectually lazy than “hate group.” When you label an entity as a “hate group,” you automatically demonize it and remove from your shoulders any mantle of responsibility to dialogue or engage in civil discourse with this denounced entity.

This cowardly melodrama is currently playing out at our nation’s oldest Catholic university, where a student group has come under attack for taking the allegedly “hateful” position that Christianity got it right when it said sexual relations were meant for marriage, and that marriage was meant to be between a man and woman.

Students at Georgetown University founded Love Saxa, an affiliate of the Love & Fidelity Network, because they saw a gaping void on campus. In the face of the hook-up culture, widespread pornography usage, increasing sexual assaults, and attacks on the institution of marriage, Love Saxa sought to be a voice that would argue for the cultivation of healthy relationships, the repossession of sexual integrity, and the defense of traditional marriage.

Love Saxa’s position is not a popular one, particularly on a D.C. campus of politically active millennials. But one would hope that its place at a Catholic university, even one so liberal as Georgetown, would provide some level of security. But when the utter complacency of the Georgetown University administration is combined with the insatiable appetite of social justice warriors, no strand of Orthodox Christianity can be left unthreatened.

Last week, members of Georgetown’s Pride group filed a petition to sanction Love Saxa and strip it of its university funding and ability to operate on campus. Several days earlier, the editorial board of Georgetown’s student paper The Hoya—whose staff clearly hold up CNN and The New York Times as paragons of journalistic integrity—penned an op-ed accusing Love Saxa of fostering hostility and intolerance because of its commitment to the Christian view of procreative marriage.

The authors of the article at least recognize that Love Saxa’s mission statement is in line with the Catholic Church’s view of marriage and sexuality; however, their faculties of logic fail them when they go on to claim that despite upholding the same faith as its university, Love Saxa is violating the university’s code of conduct by arguing against same-sex marriage.

But then, logic and rationality needn’t play a large role when one can simply bandy about “hate group” terminology. The left’s modus operandi appears to be to toss out words like “intolerant” and “dehumanizing” alongside a few accusations of “hostility” and “bigotry” and hope that in the subsequent maelstrom of indignant outcries, no one notices the utter lack of coherency in its position.

Unfortunately, their ploy has proven successful far too frequently. Even now, in the face of this sham of a petition, Georgetown’s official statement is predictably weak, and it even appears to be giving a semblance of credence to the calls to silence Love Saxa: “As a Catholic and Jesuit institution, Georgetown listens deeply and discerningly to the plurality of voices that exist among our students, faculty, and staff and is committed to the care of each member of our community,” Rachel Pugh, a university spokesperson, said.

Pugh provides no further clarification of how the school will deal with a “plurality of voices” when only one voice is defending the faith it purports to believe.

G.K. Chesterton wrote that “tolerance is the virtue of the man without conviction,” and, speaking as a Georgetown alumnae and a founding board member of Love Saxa, it is unfortunate—though I confess not entirely unexpected—that Georgetown is once again revealing the tepidity of its own commitment to Catholicism, and choosing the “tolerant” path over that of conviction.

Perhaps they think doing so will quiet the liberal voices calling for the disbanding of Love Saxa, but that is a position so naive as to be indefensible. The left has proven that it does not stop in its quest to silence its opposition, no matter how “discerningly” that opposition hears its complaints. No compromise is sufficient for it. Once given an inch, these forces of illiberal liberalism demand a mile.

Chad Gasman, a sophomore at Georgetown and the president of GU Pride, told The Hoya that this petition, which he helped to file, will “force Georgetown University to actually be queer-friendly and queer-affirming.” Such a statement reveals that nothing short of an open endorsement of all same-sex relationships, including marriage, will be enough, no matter how much it defies the faith of the institution they have chosen to attend.

On Tuesday, the university will vote on whether or not to defund the club. If Love Saxa is banned from defending the Christian vision of sexuality and marriage, how will the Jesuits of Georgetown be able to refrain from referring to their own church as a “hate group?” How long before they will be called on to condemn the doctrinal tenets of Catholicism?

Editor’s note: The vote on Love Saxa was postponed.