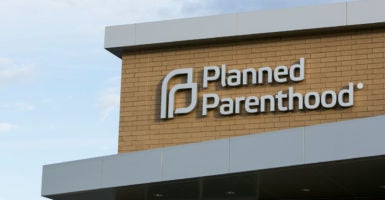 Unions across the country donated $765 million to various organizations over the last four years, and 99 percent of that cash went to liberal-leaning causes.

Labor unions gave $764,952,394 to left-wing special interests between 2012 and 2016, according to the Center for Union Facts. Of the nearly $765 million, 99 percent of union political contributions went to left-wing causes. The Center for Union Facts compiled a comprehensive database of information about labor unions in the United States: outlining union spending, salary information, dues revenue data, and more using data from the U.S. Department of Labor.

The department’s data show between 2012 and 2016, roughly $240 million went to left-wing political groups. Labor unions gave $77 million to special-interest groups and another $13 million to environmental groups. Over $25 million went to groups like the Coalition of Black Trade Unionists, the National Association for the Advancement of Colored People, and the Rainbow PUSH Coalition.

Money given to these groups and labor union spending on abortion funding, however, is almost exclusively unapproved. Union members must consent to candidate contributions and super PAC spending by affirming they are part of the union, but the same is not true for political advocacy. Thus, union member dues end up going toward political causes—like abortion advocacy—disguised as representational activity.

Here’s how much a few pro-abortion groups received from labor unions since 2007, according to Luka Ladan, communications director for the Center for Union Facts:

Here are the dollar amounts since 2007 that a few labor unions have given for abortion lobby funding:

Groups like the Coalition of Labor Union Women also support abortion advocacy projects like the Contraceptive Equity Project that fights to guarantee insurance companies will cover comprehensive contraception services, including abortion. The group did not reply to multiple requests for comment.

The Service Employees International Union spent $12.1 million in the 2010 campaign cycle to advocate for Democratic candidates and another $3.5 million to oppose Republican candidates. The American Federation of State, County, and Municipal Employees also spent more than $12.4 million, $9.5 million of which went to combatting Republican candidates, according to federal campaign filings.

Union membership is far from unanimous politically. Roughly 40 percent of union household members vote Republican in any given election.

“For years, labor unions have hijacked member dues to fund Planned Parenthood, Emily’s List, and other pro-abortion groups,” Ladan, from the Center for Union Facts, said. “Yet many union members oppose the abortion lobby. The Employee Rights Act would require union officials to obtain permission before spending dues dollars on left-wing political advocacy.”

The Employee Rights Act, which was introduced in the House in May, would stop unfair labor union practices and provide workers with protections, enabling them to select or refrain from representation by labor unions. The bill would require union officials to obtain permission from their members before spending dues money on liberal causes they may oppose.

Unions have done a poor job of listening to members, Pennsylvania AFL-CIO President Rick Bloomingdale said in July on a “listening tour,” explaining the union’s approach to politics should change.

“We may have gotten too close to one party,” Bloomingdale said. “We should be for people who are for us, regardless of party label.” Bloomingdale did not respond to The Daily Caller News Foundation’s request for comment.

The majority of union members, including pro-life members, also have no idea their money is funding the abortion lobby, said Ladan. “Big Labor doesn’t really want to publicize it,” he added.