21 Photos That Take You Inside Irma’s Destruction 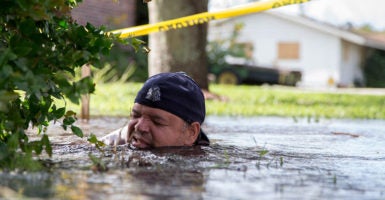 Hurricane Irma may have weakened to a tropical storm Monday as it moved through Florida, but millions of Floridians are left without power and their homes destroyed. These photos give an inside look into Irma’s destruction. 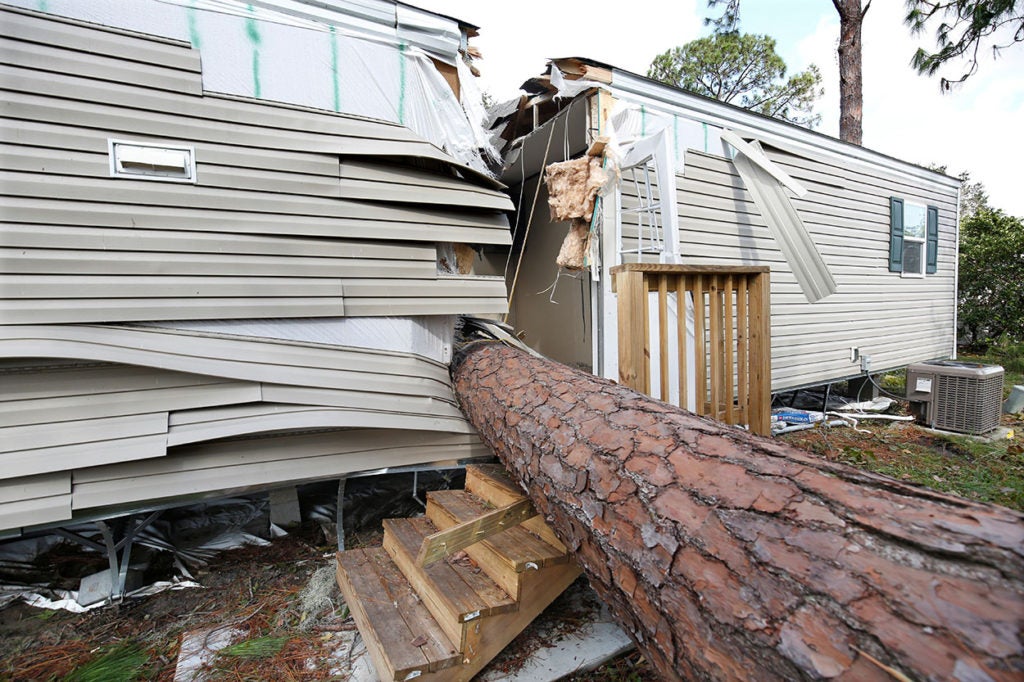 An uprooted tree that slashed a trailer in half in the wake of Hurricane Irma is pictured at a mobile home park in Kissimmee, Florida. (Photo: Gregg Newton/Reuters/Newscom) 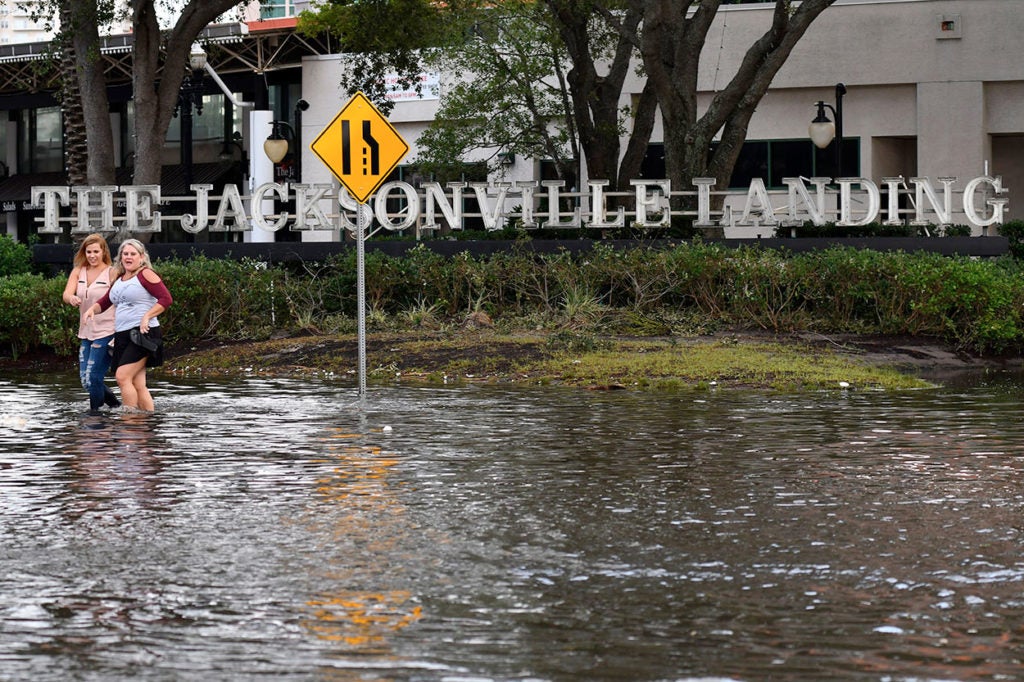 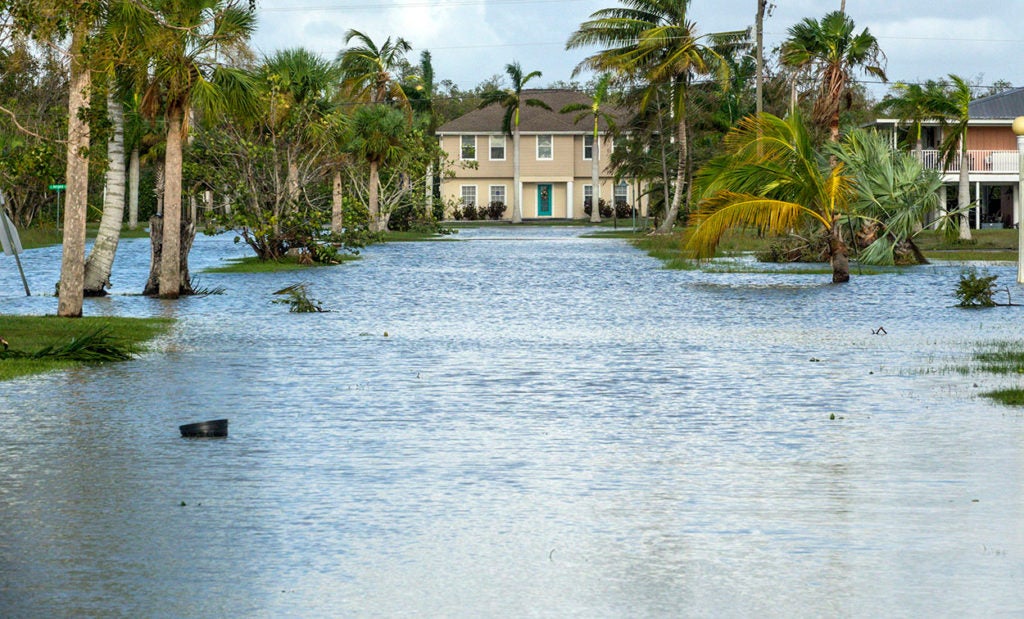 Streets in Everglades City on the west coast of Florida are underwater, but most are passable. (Photo: Lannis Waters/ZUMA Press/Newscom) 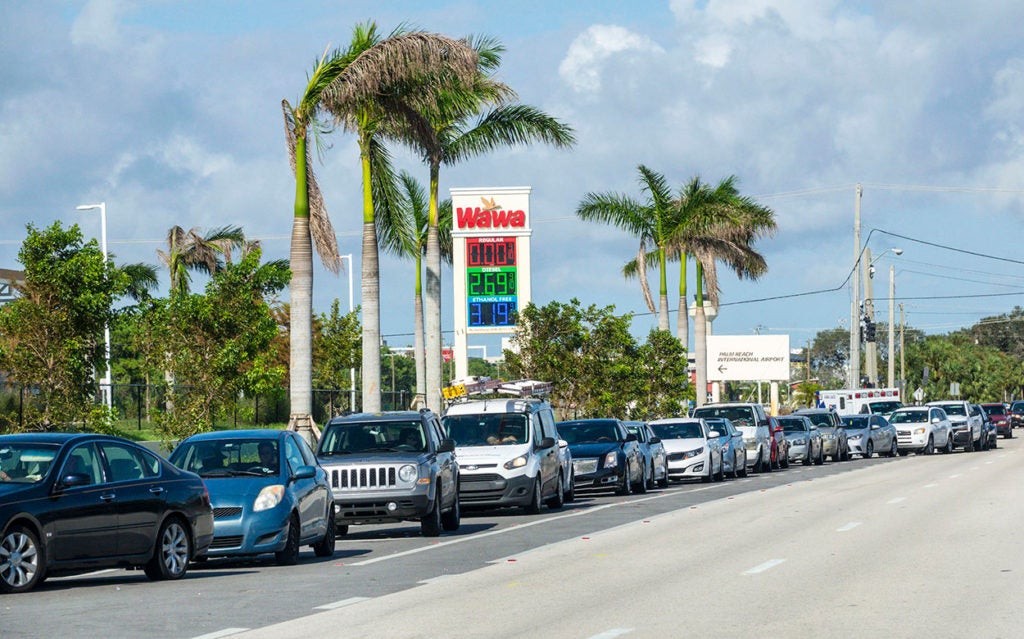 With many gas stations out of power, only a very few running on generators are able to provide fuel so gas lines are backed up throughout the state. (Photo: Lannis Waters/ZUMA Press/Newscom) 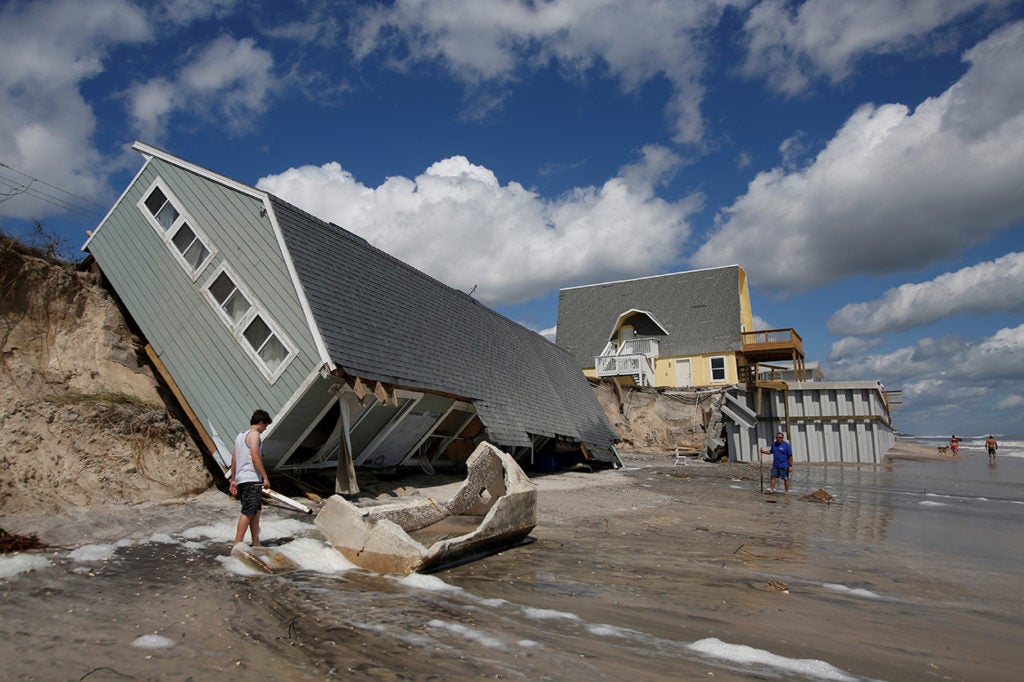 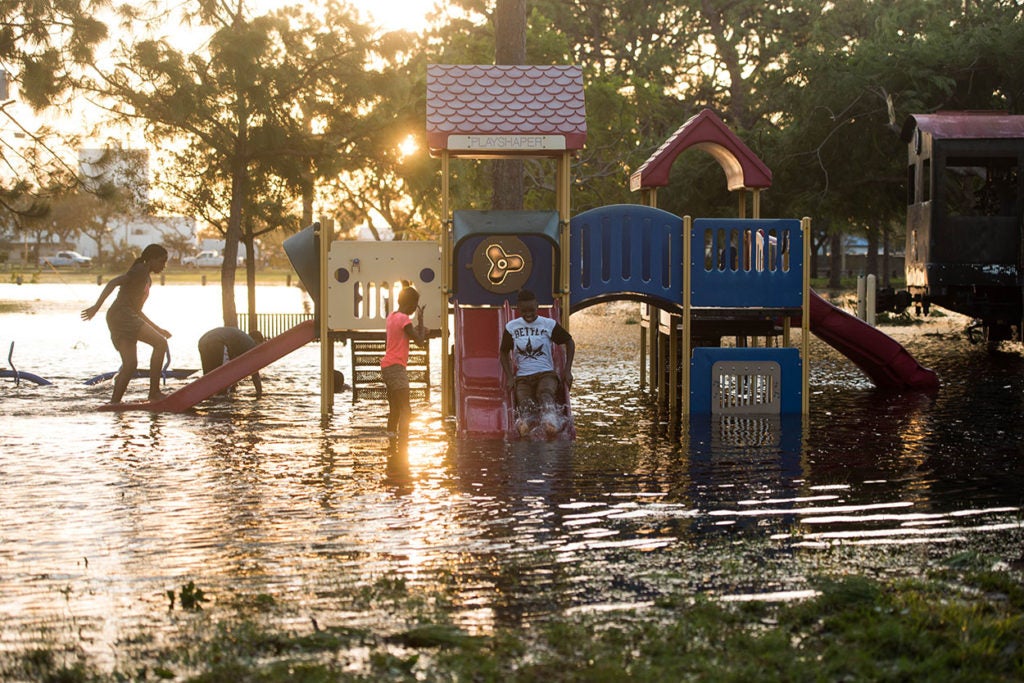 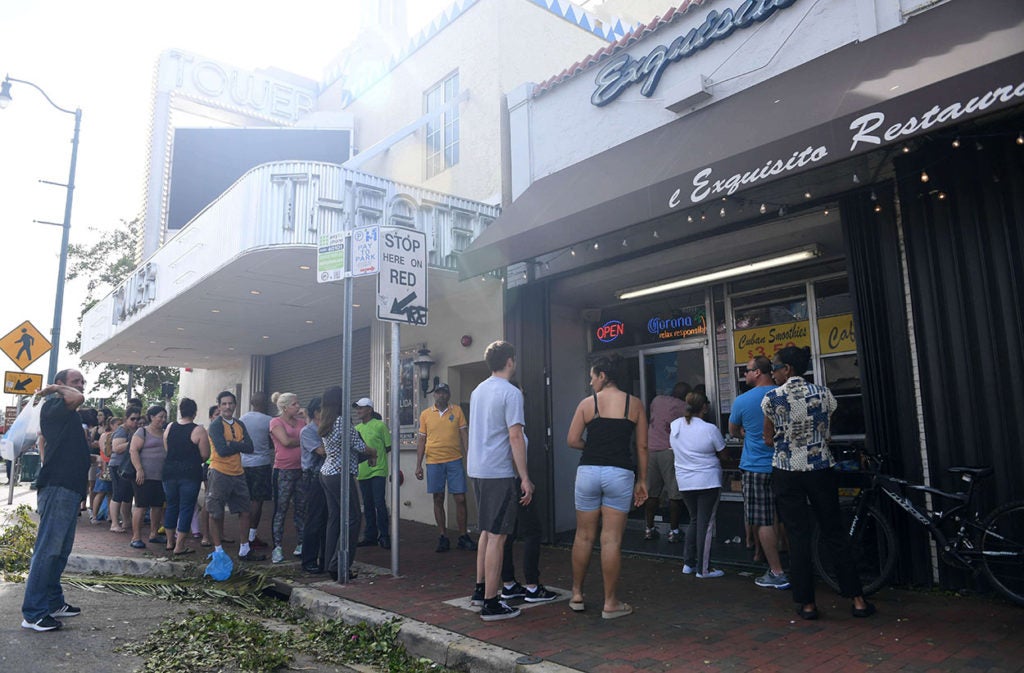 People wait in line to buy food outside a restaurant in Miami. (Photo: Chine Nouvelle/SIPA/Newscom) 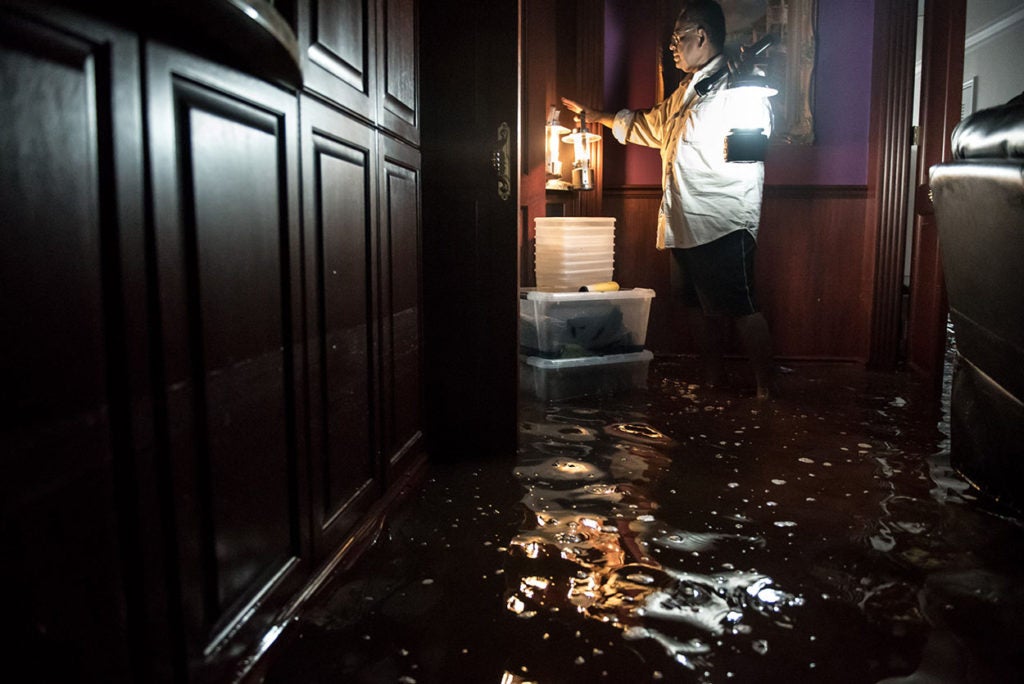 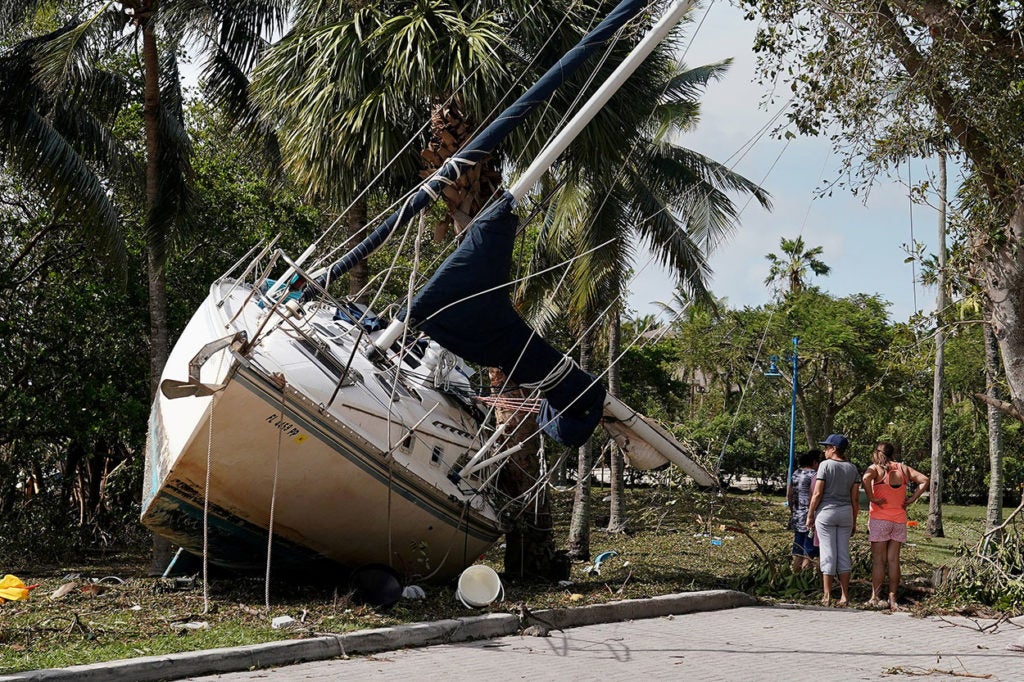 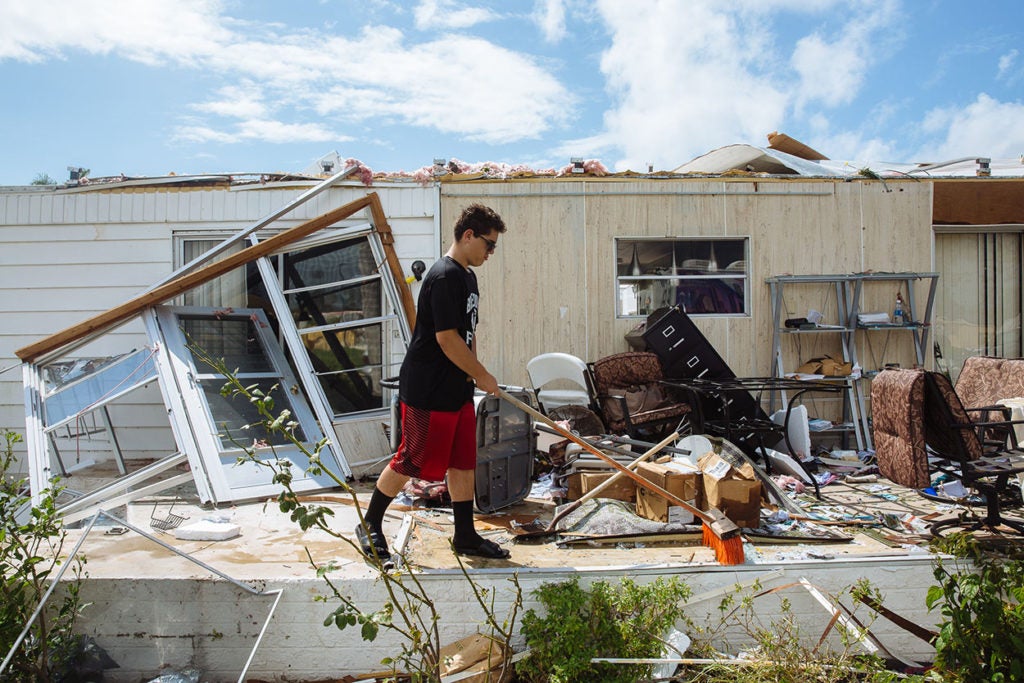 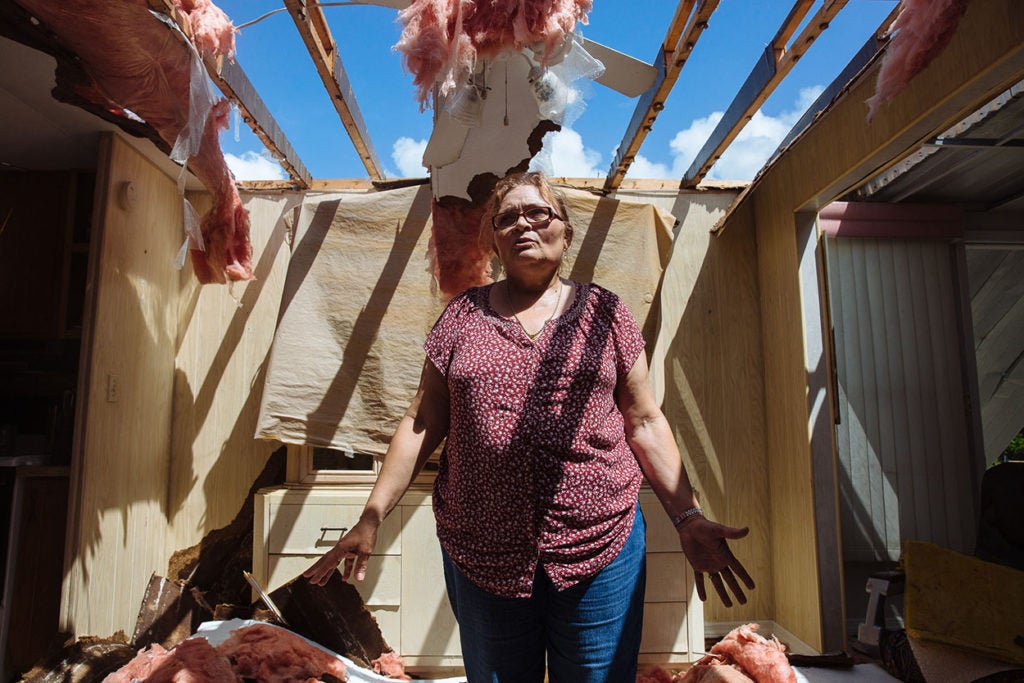 Maida Estevez explains the damage to her home in a mobile home park in Naples, Florida. (Photo: Daniel William McKnight/Polaris/Newscom) 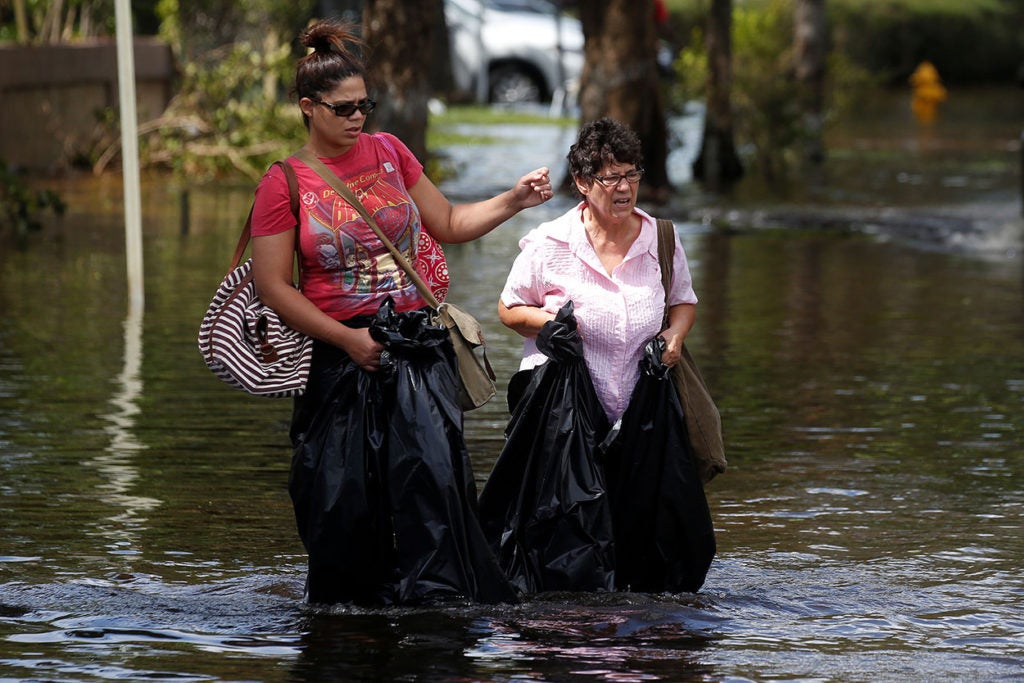 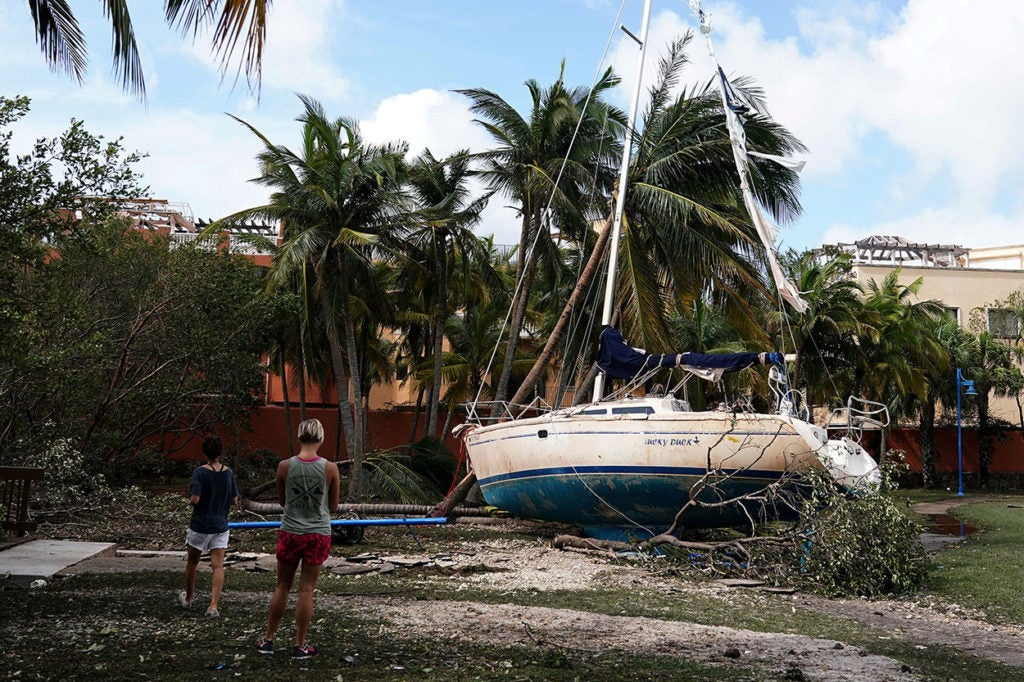 Streets in Coconut Grove are lined with boats that have come ashore after Irma. (Photo: Reuters/Carlo Allegri/Newscom) 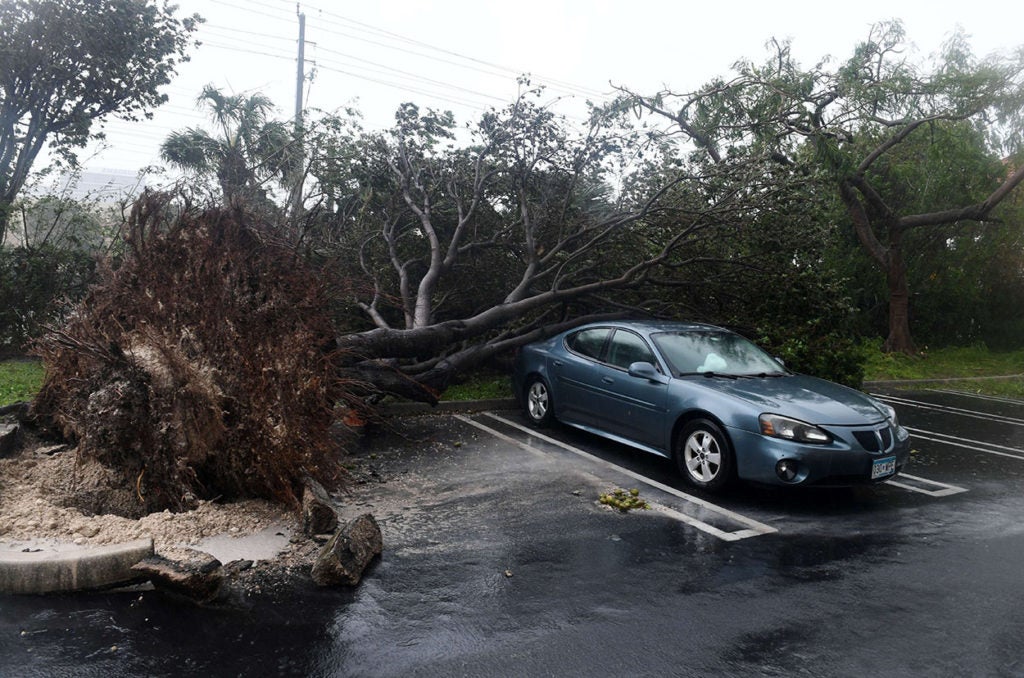 A tree is toppled onto a car after being knocked down by strong winds as Hurricane Irma arrived in Miami. (Photo: Chine Nouvelle/SIPA/Newscom) 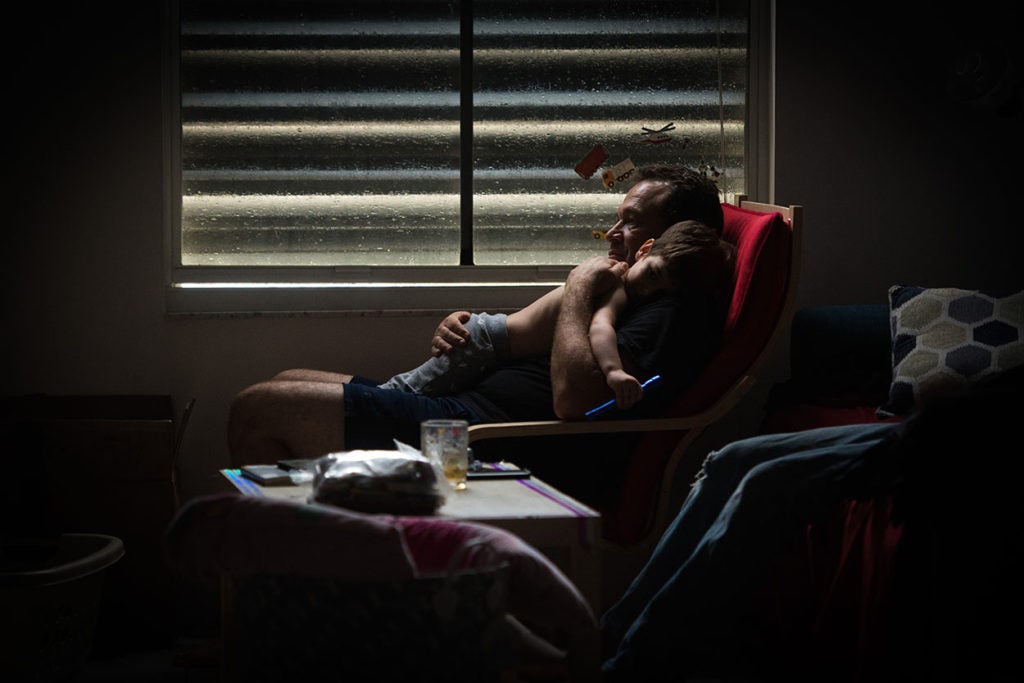 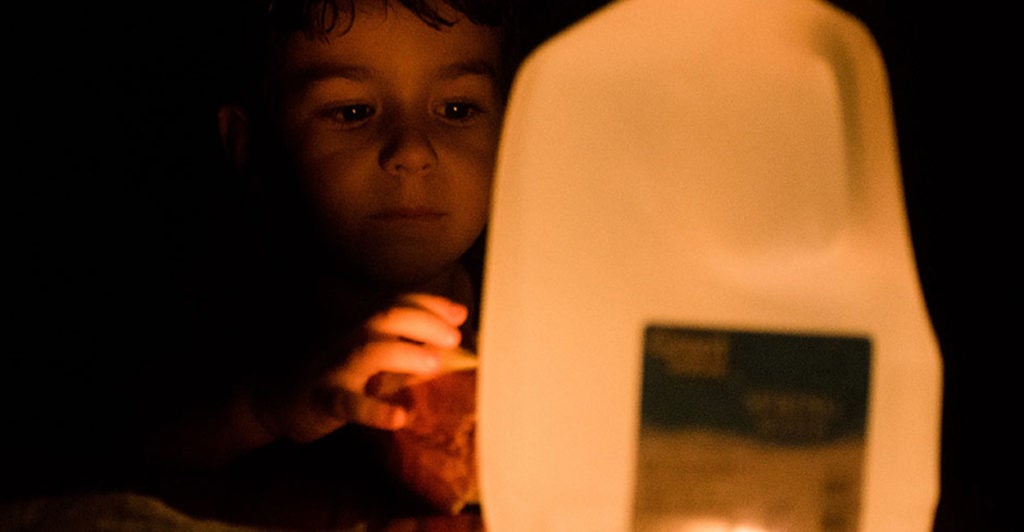 A jug of water and a flashlight are used to illuminate the dinner table as Jesse, 3, eats his dinner in Fort Lauderdale. Millions of homes in Florida are still without power thanks to Hurricane Irma. (Photo: Orit Ben-Ezzer/ZUMA Press/Newscom) 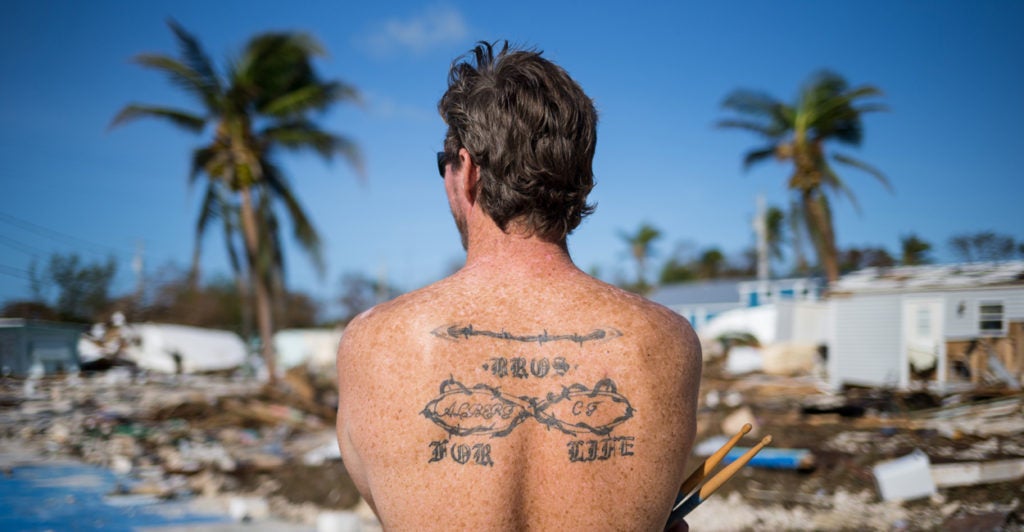 Bill Quinn inspects the foundation where his mobile home used to stand at the Seabreeze Trailer Park in Islamorada, Florida. Hurricane Irma decimated the park and took Quinn’s trailer with it. (Photo: Loren Elliott/ZUMA Press/Newscom) 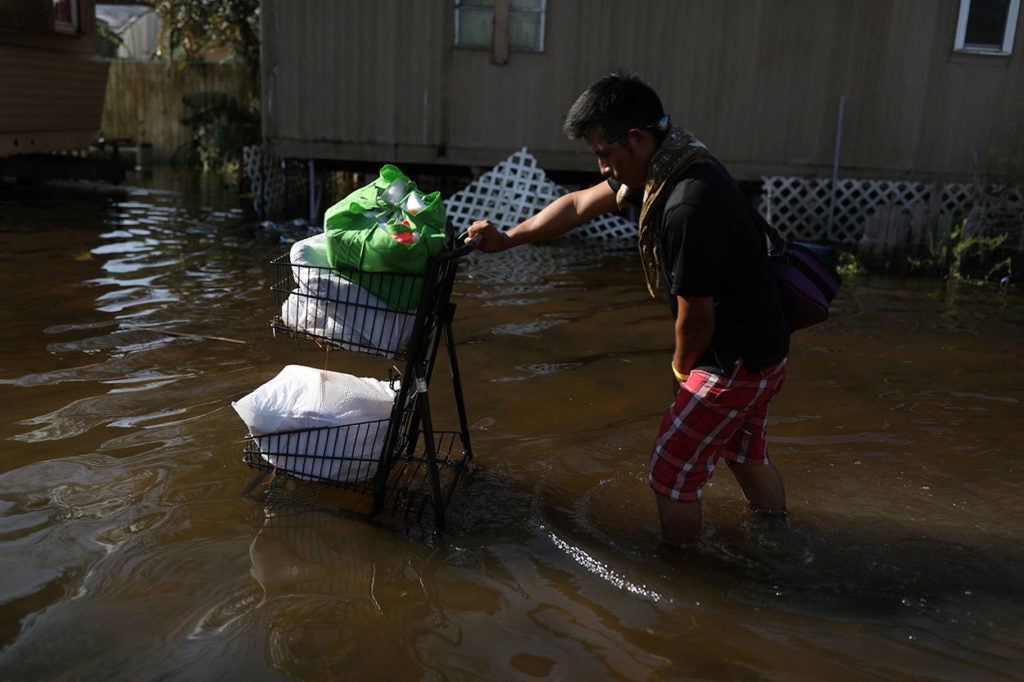 A man pushes a shopping cart down his flooded street in Immokalee, Florida. (Photo: Stephen Yang/Reuters/Newscom) 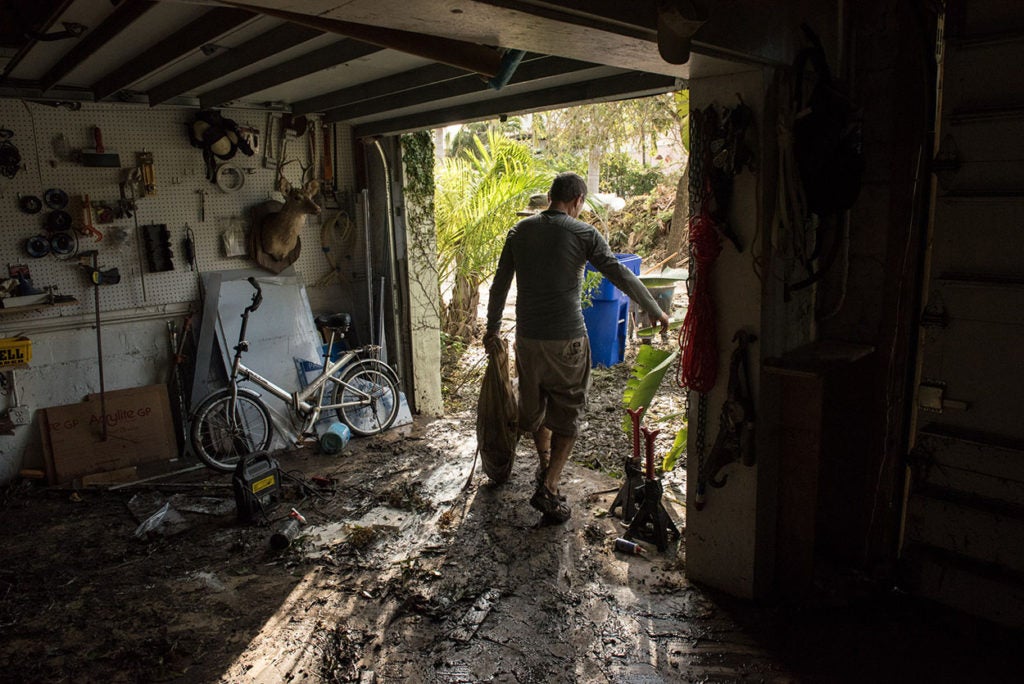 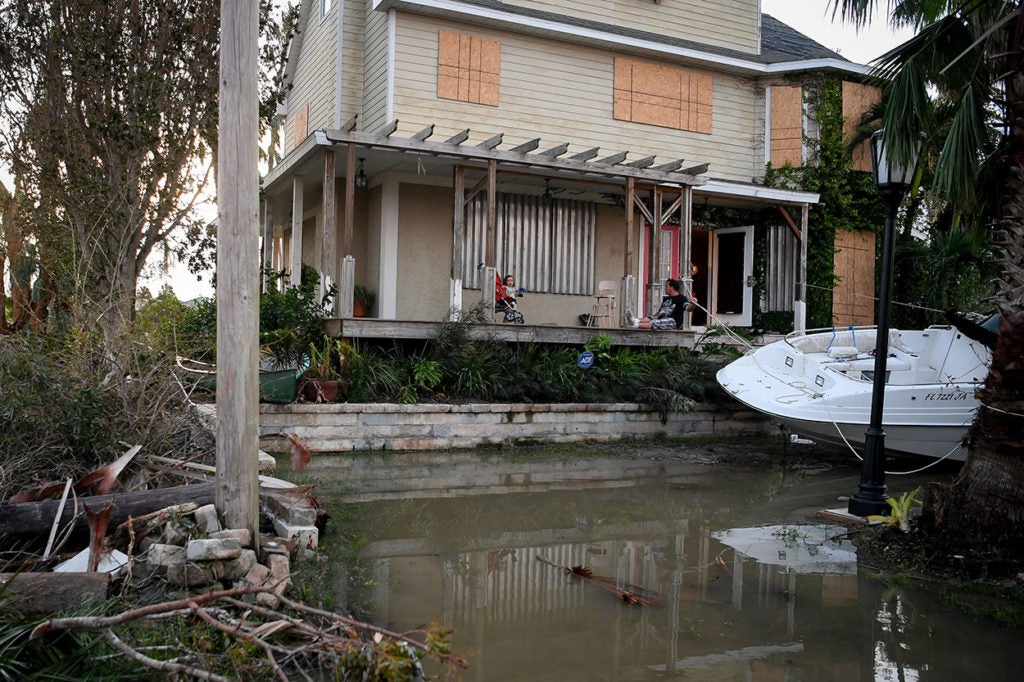