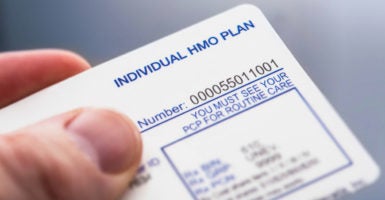 Oscar Insurance Corp. is hemorrhaging money on the Obamacare state exchanges, posting a $57.6 million loss in the first half of 2017.

Oscar is a health insurance startup that primarily sells Obamacare insurance plans, but the company has consistently had trouble making its business profitable. The company lost $57.6 million thus far in 2017 in Texas, New York, and California, down from an $83 million loss in the first half of 2016.

To mitigate some of its 2016 losses, Oscar, like many other health insurance providers, reduced its exposure to the Obamacare state exchanges in 2017. The company raised premiums and lowered the number of doctors and hospitals within its network. Oscar does plan to expand offerings in more states in 2018, citing plans to enter the Ohio, New Jersey, and Tennessee marketplaces.

Major health insurance providers, like Aetna, Humana and Blue Cross Blue Shield, have totally exited, or greatly reduced their participation in, the Obamacare exchanges. In the states where insurance companies remain, they are planning to raise premiums as high as double-digit percentages.

Insurance providers are raising premiums for two reasons: companies are continuously finding it difficult to enroll enough healthy individuals in the marketplace to offset the costs, and they face a great deal of uncertainty as to whether or not the Trump administration and Republican leadership in Congress will continue paying out Obamacare subsidies, like cost-sharing reductions.

Another interesting phenomenon is that, as insurers exit the Obamacare marketplace, they almost immediately profit.

For example, UnitedHealth Group’s quarterly profit skyrocketed after the insurance provider drastically downsized its participation in the Obamacare exchanges.

The company’s profit rose by 35 percent in the first quarter of 2017, and expanded nearly every aspect of its operation, including its participation in Medicare Advantage and Medicaid plans.

Following what amounted to a $475 million loss from participating in the exchanges in 2015, UnitedHealth announced in April 2016 that it would back out of all but a “handful” in 2017. The group expected to lose as much as $800 million in 2016.