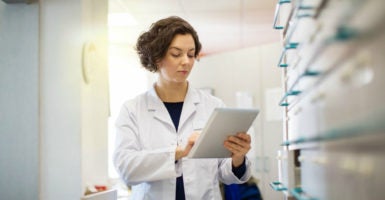 In the wake of Congress’ failure to pass Obamacare repeal and replace legislation, the Trump administration is reportedly debating whether to stop paying Obamacare’s “cost-sharing reduction” subsidies to health insurers.

Those payments are the subject of a lawsuit brought two years ago by the House of Representatives arguing that the Obama administration lacked authority to pay the subsidies because Congress had not appropriated funds for that purpose.

Last year, a federal judge ruled in favor of the House and enjoined the executive branch to cease making further payments until Congress enacted an appropriation.

However, the judge then stayed her injunction while the case was being appealed by the Obama administration.

So, rather than pursuing the Obama administration’s appeal of the case, the Trump administration could instead accept the court’s ruling and simply stop paying the subsidies.

For qualifying enrollees, these subsidies serve to lower what they spend out of pocket (through deductibles and copayments) for their medical care and increase the share paid by their insurance plans. To cover those additional costs, insurers need to charge higher premiums.

However, Obamacare instructs insurers to keep the face premium amount the same, while promising to pay the insurer a back door subsidy equal to the extra cost.

Generally, to qualify for cost-sharing reductions, an enrollee must have an income below 250 percent of the federal poverty level and purchase a silver-level plan through an Obamacare exchange.

The one exception is for members of federally recognized Indian tribes with household incomes below 300 percent of the federal poverty level, who qualify to have cost-sharing reduction subsidies applied to any plan they purchase through an exchange.

A decision by the Trump administration to stop paying these subsidies would have a number of implications.

Implication 1: The decision would affect only subsidized plans sold in the exchange market, as those are the only plans that qualify for cost-sharing reductions. It would have no effect on an insurer that only sells plans off the exchange, nor would it affect customers buying unsubsidized coverage either on or off the exchanges.

Implication 2: As only silver-level plans qualify for cost-sharing reductions, it would also not affect customers buying plans at other levels of coverage (bronze, gold, or platinum) either on or off the exchange.

Implication 3: Based on the most recent data, the number of affected individuals (those currently receiving cost-sharing reductions for their coverage) would be about 5.8 million.

By comparison, there are another 11.2 million people with individual market coverage who do not qualify for cost-sharing reductions, and would be unaffected by the change. Indeed, at least 9 million of them also don’t qualify for the Obamacare premium tax credits, and thus get no subsidies at all for their coverage.

Implication 4: Even if the subsidies were not being paid, insurers offering coverage in the Obamacare exchanges would still be required by law to reduce cost-sharing amounts for qualified enrollees. However, insurers could adjust for the loss of the subsidies by charging higher premiums.

Indeed, the government’s current monthly advance payments of the subsidies to an insurer are calculated as set percentages of the premium charged by the insurer for the standard version of the plan. In other words, the government already functionally treats these payments as extra premiums—and they could just as easily be charged up front by increasing the base premium by the same amount.

Implication 5: Because premiums are set in contracts for the length of the plan year, insurers couldn’t increase enrollees’ premiums immediately—that would have to wait until the next plan year.

Thus, whether insurers would incur losses due to discontinuation of the subsidies would depend on when the subsidies ended. Insurers would avoid any losses if the administration ended the subsidies effective with the start of a new plan year and announced the policy change while insurers still had time to adjust their future premium rates.

Implication 6: Taxpayers would pick up almost all of the additional premium cost. That is because the affected enrollees also qualify for premium tax credit subsidies that limit how much of their income they pay in premiums.

For instance, this year a single individual with income at 250 percent of the federal poverty level (the maximum income to qualify for cost-sharing reductions) must pay $202 a month for coverage, with the Obamacare tax credit paying the portion of the premium (if any) above that amount.

Yet, among the 40 states using the federal exchange, there are only 138 counties (in 10 states) where a silver plan premium for even a 21-year-old is less than $202 a month. In other words, for the vast majority of affected enrollees, the premium for their coverage is already greater than their required contribution.

Consequently, any increase in premiums (for whatever reason) simply results in a dollar-for-dollar increase in the tax credit subsidies paying for the share of the premium above the enrollee’s required contribution.

Implication 7: Continuing these subsidies will not help stabilize the broader individual market because the cost-sharing reductions apply only to plans purchased through the Obamacare exchanges.

While eliminating cost-sharing reduction subsidies might induce some insurers to abandon the exchanges, they simply aren’t a factor in insurer decisions about offering individual market coverage outside of the exchanges, where they don’t apply.

For the Trump administration, the biggest consideration is one of timing. Specifically, the administration could end the subsidies with minimal disruption, but only if: 1) it made the change effective with the start of a new plan year, and 2) it announced the change before insurers finalized their premiums for the new plan year.

Given that insurer exchange participation contracts and premiums for plan year 2018 need to be finalized by the end of September, the administration effectively has a decision window of about one month.

For Congress, the most important thing is to recognize that funding the cost-sharing reduction subsidies—as many are now calling for—would prop up the subsidized Obamacare exchange market, but would do absolutely nothing to stabilize the broader, unsubsidized individual market.

What is instead needed to stabilize the unsubsidized market is the removal of Obamacare’s cost-increasing insurance mandates and misguided regulations. To fix that Obamacare-caused damage and lower the cost of insurance, Congress will need to make other policy reforms.