Should Left-Wing Activists Like Linda Sarsour Be Allowed to Divide America Through the Census? 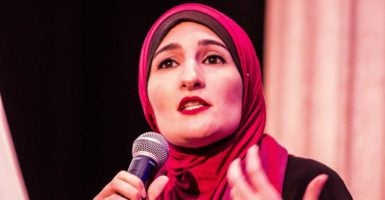 Linda Sarsour is an anti-Israel activist who is one of the main organizers of the Women’s March movement. (Photo: Sachelle Babbar/ZUMA Press/Newscom) 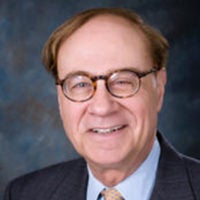 John Fonte is a senior fellow and director of the Center for American Common Culture at the Hudson Institute. He is the author of a bestselling book about international law, Sovereignty or Submission: Will Americans Rule Themselves or be Ruled by Others?

Somewhere in the bowels of the Office of Management and Budget sit two proposals on how to rewrite the 2020 census—and force America further down the road of identity politics and cultural Marxism. Busy political appointees should reject them. In fact, they should rethink the entire paradigm of dividing the country into artificial groups.

The core goals and values of the radical activists supporting these proposals should be clear to anyone who watches this meeting of Census officials and stakeholders brainstorming on one of these proposals. We have transcribed the proceedings here.

As you will be able to see, one of the leading participants in the 2015 conference was none other than Linda Sarsour, a virulent anti-Israel Palestinian-American radical activist who has been constantly in the news as the main organizer of the Women’s March movement.

Sarsour was there to help with one of the two Census Bureau proposals to the OMB: the creation of yet another artificial pan racial-ethnic category.

This new and completely artificial (hence unscientific) “race-ethnicity” will be called MENA (Middle East and North Africa). It will include Americans descended from such disparate racial groups as Persians, Arabs, Turks, Lebanese, and Somalis and Sudanese from sub-Saharan Africa. It will include, of course, many Muslim Americans and Middle Eastern Christians.

Another crucial part of the Census proposal would formalize Hispanic/Latino as a racial category rather than (as it is currently) an ethnic category of people of any race.

The way the question is worded, a Colombian of Spanish descent or a Chilean of Italian descent would not be able to consider himself white and Hispanic, but have to choose between the two. The purpose is clearly to perpetuate ethnic divisions in America.

We can thank Sarsour for honesty in blatantly declaring what MENA is all about: getting federal funds.

As she put it, “When we look at accessing federal, you know, any types of federal support, for example, we lose out dramatically because we don’t have a separated category … because we are quote ‘white,’ we are not seen as a priority area for city or state or federal funding.”

In other words, what Sarsour is advocating is to have another “oppressed” group that will be eligible for racial preferences (“affirmative action,” “disparate impact,” “underrepresentation,” etc.) in employment, college admissions, federal contracts, and congressional redistricting.

We have written about how it’s not the actual Americans who will be affected by these categories who are clamoring to be herded into groups, but those who will make a living by being in charge of the organizations that purport to speak on their behalf.

Sarsour and other meeting participants make this clear.

Khaled Beydoun, a “critical race theorist” and professor of law at the University of Detroit Mercy, for example, urged his colleagues not to worry—once people understood that racial preferences were involved, they’d come around. He said:

Though there’s no grassroots demand for a synthetic structure such as MENA, the activists showed through their discussions that the left always thinks it can improve on spontaneous order and organic organizations with the artificial creations of bureaucrats. Two meeting participants, Christina Mora and Roberto Ramirez, made clear that their blueprint for MENA will be the enforcement of the “Hispanic” category in the 1970s and 80s.

Mora, a “critical race theorist” at University of California, Berkeley, put it this way: “When thinking that … MENA doesn’t exist as … an identity or what people call themselves, nothing exists before it’s created.”

“When the Hispanic category—Latino category—was being discussed in the 1970s, lots of people did not know what this was,” Mora continued. “This is a huge effort throughout the 70s to get people to actually recognize this. It involved the media. It involved activists.”

Ramirez, the chief of the Census’ Ethnicity and Ancestry Statistics Branch, who moderated the discussion, agreed: “As she mentioned in the 70s, where you had Cubans and you had Venezuelans and you had Puerto Ricans, who said, ‘I’m not Hispanic. I don’t know what the heck that is. So why are you trying to put me under that umbrella?’ So … there’s a lot of parallels that what’s happening here with the Middle Eastern and North African category, if you will, right?”

The creation of such groups as MENA and Hispanics is replete with the rhetoric of critical race theory, or cultural Marxism.

For all the profusion of groups, cultural Marxism makes a binary division between two categories: the oppressor and the oppressed.

In traditional Marxism, the division was between the oppressed working class and the oppressing bourgeoisie (middle class).

Cultural Marxism in the 21st century remains binary, but it now pits the “oppressor” races, genders, and religions (whites, males, Christians) against the “oppressed” groups (ethnic and racial minorities, women, and other “marginalized” groups) that are often created for this purpose.

The academic jargon of the Census stakeholder meeting is full of references to “racial hierarchies,” “power disparities,” “race as a social construct,” and the idea that the placement of the white category first on the census list “signals to everybody in the country that’s it’s a white supremacist society.”

One participant objected to the term “white.” He declared, “The term white is deeply problematic. It’s deeply political.”

Yet another participant objected to an emphasis on the historically successful assimilation of Lebanese Americans. Not surprisingly, there was no Ellis Island-style rhetoric of Americanization and patriotic assimilation in the entire conference.

One activist law professor attacked the very concept of assimilation.

She stated, “I hate using the term ‘melting pot,’” and worried that in four or five generations the MENA category might “melt away” and people would unfortunately just consider themselves Americans.

These two proposals—doubling down on the Hispanic/Latino racial category, and the creation of an all new one—were made by the Obama administration in late September, when it had one foot out the door and clearly believed that Hillary Clinton would win. But the new administration and Congress need to get involved.

If this is to be a truly transformational administration, it should use the 2020 census to get rid of all the synthetic groupings.