Dodd-Frank Has Held Down the US Economy for Too Long 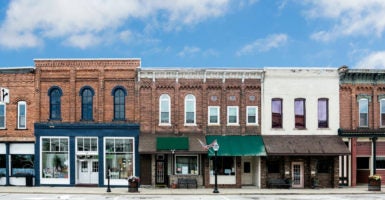 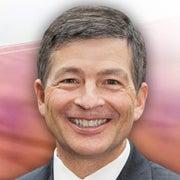 Jeb Hensarling represents Texas' 5th District in the U.S. House and currently serves as chairman of the Financial Services Committee.

Carefree, Arizona—population 3,363—is 2,400 miles from Wall Street. But that’s still not far enough away to escape the harm caused by Democrats’ supposed “Wall Street reform” known as the Dodd-Frank Act, which was signed into law seven years ago this month.

According to a local news report, a proposed housing project in Carefree was terminated because “the Dodd-Frank Act and its overreaching federal regulations” prevented the developer from obtaining financing.

In truth, citizens of every American community are losing economic opportunities due to Dodd-Frank. According to the Mercatus Center, Dodd-Frank places greater burdens on our business enterprises than all other Obama-era regulations combined.

Arguably, it is the prime contributor to our economy’s halting growth since the last recession ended. It has been particularly harmful to small businesses.

Even the former director of President Barack Obama’s Small Business Administration lamented that Dodd-Frank’s regulatory burdens on community banks “are getting in the way of their ability to make small business loans.” Thanks to Dodd-Frank, too many garages are full of old cars instead of new startup companies.

Since Dodd-Frank became law, the share of banks offering free checking has fallen by half, average monthly fees have tripled, and the ranks of the unbanked and underbanked have increased by 3 million. When it comes to many financial products, consumers are paying more and getting less.

Dodd-Frank also promised to end taxpayer bailouts, but cynically codified them into law instead. The law promised to make our financial system more stable, yet today the big banks are even bigger, the small banks are fewer, and corporate bond markets are seeing historic levels of illiquidity and volatility.

Fortunately, President Donald Trump is committed to “dismantling Dodd-Frank,”and congressional Republicans are working to help keep that promise to the American people.

Last month, the House passed our bill to replace Dodd-Frank called the Financial CHOICE Act, which stands for Creating Hope and Opportunity for Investors, Consumers, and Entrepreneurs.

It promotes faster and healthier economic growth by replacing bailouts with bankruptcy, complexity with simplicity, and bureaucratic micromanagement with free market discipline.

With the Financial CHOICE Act, banks will receive significant relief from Washington’s regulatory burden if they choose to maintain sufficient capital. This not only makes our financial system safer, it also helps ensure that if banks run into financial trouble, they will survive without relying on taxpayers.

As a group of Nobel Prize-winning economists, former treasury secretaries, and senior economic policy officials noted in their endorsement of our bill, “the more banks are financed by capital, the less dangerous they are to the financial system and to the taxpayer, and so need less regulation.”

As the Federal Deposit Insurance Corp. reported, 98 percent of banks that meet the CHOICE Act’s capital standard for regulatory relief survived the 2008 financial crisis. Of the miniscule percentage that failed, none posed a systemic risk.

What does pose a systemic risk is the troubling growth of the federal financial safety net under Dodd-Frank.

The Federal Reserve Bank of Richmond’s “Bailout Barometer” estimates that taxpayers are now on the hook for 62 percent, or $27 trillion, of the financial system’s liabilities because they are either explicitly or implicitly guaranteed by the federal government.

So long as market participants believe Washington will ride to their rescue, they will be tempted to engage in reckless behavior. This leads to less productive uses of capital, greater financial fragility, and the likelihood that our already unsustainable national debt will grow even more so.

The solution is to make clear in advance that shareholders, creditors, and counterparties alone will bear the consequences of the risks they choose to take, which is also known as market discipline. This is the approach of the Financial CHOICE Act.

Our plan prevents Washington bureaucrats from being able to designate companies as “too big to fail.” It also creates a new subchapter of the Bankruptcy Code tailored to address the failure of large, complex financial institutions.

The bankruptcy process is administered by impartial judges charged with guaranteeing due process in public proceedings under well-settled rules and procedures.

By contrast, Dodd-Frank’s “Orderly Liquidation Authority” places vast amounts of discretion in a handful of unelected bureaucrats to seize an institution and wind it down, paying off some creditors and imposing losses on others.

That lack of certainty recreates the dangerous ad hoc policies of 2008 that helped precipitate the financial crisis.

Most importantly, bankruptcy does not depend on taxpayer funds to bail out, liquidate, or reorganize a failing institution. The same can’t be said for Dodd-Frank’s Orderly Liquidation Authority, by which taxpayers could be called upon to finance potentially trillions of dollars in bailouts.

Finally, the Financial CHOICE Act will not just end bailouts and promote greater growth and financial stability, it will also safeguard us from an even more dangerous prospect of Dodd-Frank—politicized lending that enables Washington to allocate capital.

Dodd-Frank represents an alarming expansion of an unaccountable administrative state devoid of any reasonable semblance of checks and balances or due process.

Witness “Operation Choke Point,” through which the Federal Deposit Insurance Corp. and other Obama-era regulators sought to strong-arm financial institutions into denying credit to lawful businesses because they were detested by the Obama administration, such as gun shops and payday lenders.

Dodd-Frank’s equally frightening Financial Stability Oversight Council has been granted virtually unchecked power to name any large financial firm “too big to fail” under an opaque and standardless process.

Once designated, the firm could be forced to end capital distributions to shareholders, or even be forced to divest or break up.

Under the Financial CHOICE Act, all financial regulatory agencies will be placed on budget and subject to congressional oversight. Their rulemaking will require both cost-benefit analysis and congressional review.

The Chevron doctrine, which elevates government agencies’ interpretation of law over defendants’, will be repealed. In essence, the CHOICE Act restores the rule of law and due process.

It’s been seven years since Dodd-Frank became law, and all of its lofty promises to end bailouts, lift our economy, and protect consumers have proven false.

Congress should make sure this month’s anniversary of Dodd-Frank is its last. The Financial CHOICE Act, which holds both Washington and Wall Street accountable, offers a better way—economic growth for all and bank bailouts for none.