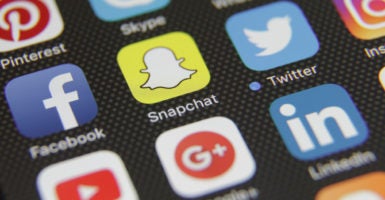 Terrorist travel just got a little bit harder, as selected visa applicants are now being asked to turn over their social media information to State Department officials.

While this new process is only expected to impact 0.5 percent, or 65,000 of the 13 million annual visa applications to the U.S., it still presents questions of whether it will be effective.

The new questionnaire asks for details such as social media handles and accounts, phone numbers, and emails used by the visitor within the last five years. Further, it asks for travel history, how the travel was funded, employment history, and passport numbers from the last 15 years.

This extra layer of security will only be used to target those travelers who have already been identified as being a heightened security risk by the intelligence community.

Consular officials around the world will carry out the requirement as they see fit. Although applicants are technically free to withhold their social media information, the State Department warns that they do so at the risk of their application being delayed or dismissed.

While there was some discussion about whether or not to demand social media passwords, the measure does not require visitors to include their account passwords.

This is a wise decision, as forcing travelers to share passwords would be a serious cybersecurity concern and would also open up other governments to demand that U.S. citizens turn over their passwords when travelling abroad.

To be clear, the U.S. has a right to demand information from incoming visitors as a condition of entry into the U.S. As such, the primary question policymakers should consider is: Will this provision be effective in promoting U.S. security?

While the social media vetting process does present U.S. intelligence agencies with some potentially valuable information, policymakers must weigh the cost and benefits of the program.

Casting a wide social media net will create more information to sort through, so much so that it may actually impair our ability to find the needle in the haystack.

While the Department of Homeland Security was piloting automatic social media vetting programs, the inspector general of the department found that they were fraught with problems, making them “not a viable option.” Instead, time-consuming manual checks by intelligence analysts were required.

Indeed, the Office of Management and Budget found that it will take the government about an hour to work through the questions and information on the new form.

With millions of visa applications every year, there simply aren’t enough resources to use social media vetting broadly.

Even so, if 65,000 visa applicants will have to fill out this form, then that’s 65,000 hours of work. The government must ensure that vetting and intelligence personnel have the resources to carry out this new task without harming other intelligence operations.

Congress should also ask about the alternatives. Would some of the resources needed to implement this vetting be better spent on other counterterrorism efforts—for example, on finding or stopping terrorists who radicalized here at home?

The U.S. can and should continue to improve its vetting process. Policymakers must ensure that any new measures, such as social media vetting, are effective and can be properly resourced to make the homeland more secure.