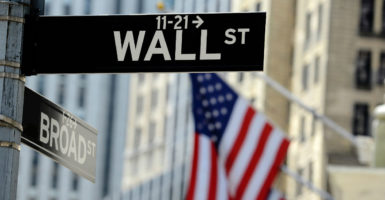 The Dodd-Frank Act of 2010 introduced caps on interchange fees, depriving banks of a key source of revenue and creating a whole new problem. (Photo: iStock Photos) 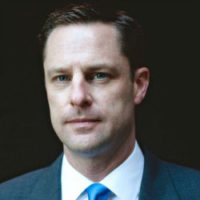 President Ronald Reagan once said, “The nine most terrifying words in the English language are: I’m from the government, and I’m here to help.”

The Gipper understood that when the federal government tries to dictate economic outcomes, it distorts markets, harms consumers, and violates the laws of economics.

Sadly, some lawmakers are still struggling to understand these realities, and another son of Illinois in the Senate seems determined to ignore them.

At the height of the financial crisis last decade, the Democratic-held Congress passed a behemoth of a bill aimed at reshaping Wall Street in a way that would be pleasing to left-of-center policymakers.

President Barack Obama was only too happy to increase the role of the federal government in the economy of the United States, and he signed the legislation, called the Dodd-Frank Act, into law.

Included in this masterpiece of central planning was language authored by Sen. Dick Durbin, D-Ill., known forevermore as the Durbin amendment.

When a consumer uses a debit card, they are charged what is known as an interchange fee. That fee is paid to the card-issuing bank as payment for facilitating the transaction.

In an effort to usurp the wisdom of markets and the freedom of contract, Durbin offered an amendment to the Dodd-Frank Act that would limit the amount of these interchange fees that banks could charge. This amendment became law as part of the Dodd-Frank Act.

When Dodd-Frank’s Durbin amendment capped interchange fees, banks suffered new losses that they had to make up.

The results of the Dodd-Frank Act hit consumers hard. As the Mercatus Center reported, since passage of the act, banks have cut back on accounts with no fees, increased monthly minimum holding requirements, and increased average monthly fees.

Since banks had to reduce free checking options, there has been, as Mercatus reports, an “increase in the unbanked population of approximately 1 million people, mainly among low-income families.”

The Durbin amendment had the predictable impact of skewing market forces, and creating consequences that have caused economic dislocation and fiscal disenfranchisement.

Now, with Republicans back in control of Congress and the White House, there is real potential for undoing these wrongs done to the American economy.

At a recent hearing on the CHOICE Act, Rep. Ted Budd, R-N.C., asked one of the witnesses, Norbert J. Michel, senior research fellow at The Heritage Foundation, if the Durbin amendment, which is a price cap, is helping or harming the American public.

Michel explained that the Durbin amendment is harmful, and that these types of caps hurt the people they are intended to help.

He went on to add that “the idea that we were going to get rid of a regulation for a small group of large retailers and those retailers were going to just pass those cost savings directly back to consumers is fantasy.”

The imbalances caused by the Durbin amendment are addressed by the CHOICE Act, which would in fact repeal the amendment.

As an explanation of the bill from the House Financial Services Committee states:

The Financial CHOICE Act would repeal the Durbin amendment, and thereby bring an end to a misguided government experiment in price-fixing that has done consumers more harm than good. It is time for Congress to get out of the business of rationing consumer access to the mainstream banking system.

The evidence from the painful experiment of the Dodd-Frank Act makes clear that the Durbin amendment needs to go. Hensarling plans to show it the door.

The bureau began as an idea published in 2007 in Democracy Journal, a small lefty quarterly. Its author, a Harvard Law School bankruptcy professor named Elizabeth Warren—who has since become a Democratic senator from Massachusetts—described a feisty ‘Financial Product Safety Commission’ whose emissaries would be as familiar to Americans as firefighters.”

This dream of leftist interventionists, the Consumer Financial Protection Bureau, was established as part of the Dodd-Frank Act. It “regulates the offering and provision of consumer financial products and services under federal consumer financial laws.”

In reality, it is “an ambitious and ballooning bureaucracy, able to operate outside the normal checks and balances of our democratic government … explicitly designed by its creators to evade the normal constraints of the American constitutional structure.”

Hensarling could prune it back.

Under the CHOICE Act, the Consumer Financial Protection Bureau would become the “Consumer Law Enforcement Agency,” get an inspector general confirmed by the Senate, have its head removable by the president at will, and “eliminate the [Consumer Financial Protection Bureau’s] supervisory function and hold it responsible for enforcing the enumerated consumer protection laws,” according to a summary of the bill.

These reforms go far in right-sizing a federal agency with a tremendous amount of power to advance economic theories of the left at the expense of businesses and consumers.

Since it became law, the Dodd-Frank Act and its appendages—the Durbin amendment and the Consumer Financial Protection Bureau—have become part of the status quo in Washington, D.C. As Reagan once said, “Status quo, you know, that is Latin for ‘the mess we’re in.’”

The Dodd-Frank Act has indeed made a mess. Hensarling is trying to clean it up with the CHOICE Act, which will be marked up by the House Financial Services Committee on Tuesday.

The bill deserves to be passed out of committee, passed by the House, the Senate, and signed into law by President Donald Trump. It is time for this part of the status quo to go.