Federal Agencies Spent $13.5 Million on Vehicles They May Not Use 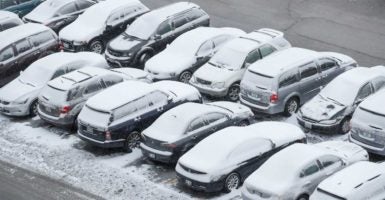 “Given the billions of dollars spent annually to operate and maintain federally owned vehicles … it is critical for agencies to have sound fleet management practices,” the Government Accountability Office report said.

“CBP and NRCS cumulatively incurred an estimated $13.5 million in depreciation and maintenance costs in fiscal year 2015 for vehicles with unknown utilization,” the report said. Without “corrective action, agencies are incurring expenses to retain vehicles without determining if they are utilized.”

Both agencies have policies in place to assess vehicle usage and justify their necessity. But collecting necessary usage data “would not be efficient or cost-effective,” and it is “too difficult” to develop justifications for vehicles with low mileage, CBP officials told GAO.

“CBP management cannot determine which vehicles, if any, are being properly utilized by CBP staff, and the agency may be spending millions of dollars on vehicles that are not needed,” the report continued.

GAO also analyzed Department of the Navy vehicles, but the military service couldn’t provide usage data for all 3,652 automobiles.

Overall, federal agencies spent $3.4 billion to maintain and operate almost 450,000 government-owned vehicles in 2015. Agencies also purchased 64,500 vehicles at a cost of more than $1.6 billion from 2011 through 2015, 90 percent of which were bought by just five federal departments.

Additionally, federal agencies must purchase automobiles that use alternative fuels in some cases, which can increase vehicle fleet costs.

“For example, an electric-only sub-compact car costs approximately 82 percent more than the standard gasoline-only model,” the report said. “However, in other cases, acquisition costs for alternative fuel vehicles were the same as those of their gasoline-powered counterpart.”

Agencies also must purchase electric charging stations, which can “be costly and difficult to manage,” the report said.