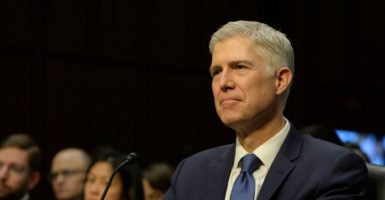 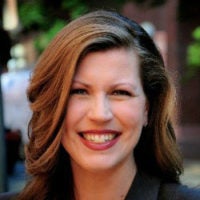 Hannah C. Smith is senior counsel at Becket, a public interest law firm that defends religious liberty for people of all faiths. She twice clerked at the U.S. Supreme Court for Justices Clarence Thomas and Samuel Alito.

One of his judicial decisions that drew fire is Hobby Lobby v. Burwell. That case determined whether the Religious Freedom Restoration Act should prevent the federal government from imposing the Affordable Care Act’s regulatory contraceptives mandate on a particular family-owned business contrary to its religious principles.

Gorsuch had ruled “yes,” and the Supreme Court agreed.

Several senators challenged Gorsuch’s decision and suggested that his vote for religious liberty was a vote against women’s access to reproductive health.  Gorsuch comprehensively explained how Congress’ overwhelmingly bipartisan law and the facts of the case directed the outcome.

Sen. Elizabeth Warren, D-Mass., told Elle magazine after the hearings that the Hobby Lobby decision is “disqualifying” for Gorsuch’s Supreme Court bid, because he “decided that a corporation’s religious liberty rights were more important than women employees’ rights to have access to birth control.”

But Gorsuch’s decision actually yields further evidence that he is qualified, and supremely so.

He is right on the law, and Warren is wrong in her characterization. In her zero-sum paradigm, either religious liberty or women’s rights can win, but not both.

This false choice canard about Hobby Lobby has been employed generally to mischaracterize the dozens of lawsuits brought against the Department of Health and Human Services’ contraceptives mandate since the Affordable Care Act’s enactment.

This distortion exerts unnecessary pressure on the government to steamroll unpopular religious practices on the way to its preferred policy destination. Especially in these kinds of cases, judges must do their job: Make the government demonstrate why there is no way for both sides to win—why the religious exercise cannot be accommodated.

As Gorsuch put it, religious liberty statutes like the Religious Freedom Restoration Act “anticipate[] that [their] solicitude for religious exercise must sometimes yield to other competing state interests.” However, the government must prove “the ‘compellingness’ of its interest in the context of ‘the burden on that person’” and “must of course ‘refute … alternative schemes’ suggested by the [religious objector] to achieve that same interest and show why they are inadequate.”

This burden on the government to explain itself can often produce a win-win solution.

This is precisely why the federal government failed in Hobby Lobby—and how the Supreme Court resolved the next case, too.

The Supreme Court found at least two other ways that the government could ensure women receive cost-free contraceptives without forcing religious objectors to provide them. First, the government could simply provide the contraceptives itself, or second, it could extend to for-profit businesses the accommodation that certain nonprofit religious organizations already receive.

Crucially, the Supreme Court recognized that offering this accommodation to Hobby Lobby would have “precisely zero” effect on women employees there. It pointed to a win-win solution.

The Hobby Lobby decision exposed the false conflict between religious liberty and women’s rights. The next case in this line, Little Sisters of the Poor, buried the hatchet that Warren seeks to exhume and wield.

Little Sisters of the Poor challenged the HHS mandate as a religious nonprofit organization for which HHS’ so-called “accommodation” proved unworkable.

>>>What a Lesser-Known Opinion Reveals About Neil Gorsuch

Before the Supreme Court in that case, the same government lawyers from Hobby Lobby made two important retreats that expose the falsity of Warren’s zero-sum paradigm for religious liberty and women’s rights.

First, the government admitted that it could still achieve its policy goal by allowing women to access contraceptive services either on the government’s own health care exchanges, through another government program, or through other insurance plans—instead of forcing religious objectors to provide such services in their employee health plans.

Second, the government admitted that it could modify its methods to avoid forcing religious organizations to sign documents that would authorize the use of their employee health plans in ways that violate their religious faith.

This pair of crucial concessions—made after years of insisting to federal courts around the country that neither was possible—led the Supreme Court to vindicate Gorsuch’s decisions in both Hobby Lobby and the Little Sisters’ case.

Does Warren also think that the majority of Supreme Court justices who agreed with Gorsuch in Hobby Lobby should have likewise been disqualified from the Supreme Court? Nonsense.

By any reasonable measure, and any fair reading of the Hobby Lobby decision, Gorsuch is supremely qualified and should be confirmed as our nation’s next justice.