7 Facts Democrats Should Consider Before They Oppose Neil Gorsuch 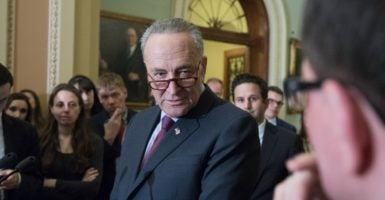 As Democrats prepare to attempt a historically unprecedented filibuster of Supreme Court nominee Judge Neil Gorsuch, it’s important to be able to separate fact from fiction as debunked talking points are repeated by those who oppose the nominee.

Gorsuch has an incredible legal mind and a humility that keeps him grounded.

He has cleared every hurdle placed in front of him, so the minority has resorted to falsehoods and new standards along the way.

So, the actions by those who want to repeat falsehoods and join a filibuster is purely politics. Because, if you’re voting on his qualifications, it’s an easy “yes.”