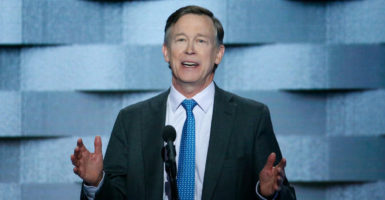 The "selfie" bill, passed by both houses of the Colorado Legislature, now awaits the signature or veto of Gov. John Hickenlooper. (Photo: Shawn Thew/EPA/Newscom) 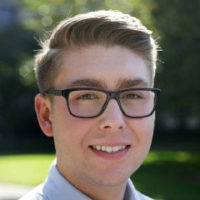 The secret ballot is a fundamental tenet of American democracy. It was implemented in the United States in the late 1800s to counter widespread instances of bribery and intimidation of voters.

Both houses of the Colorado Legislature recently passed a bill that is now sitting on Gov. John Hickenlooper’s desk that would allow voters to take “selfies” of their marked ballots.

This is a very bad idea that would void the secrecy of our ballots and represents a dangerous and unjustified step backward.

By allowing voters to show how they voted, the bill would, in essence, provide a “receipt” that the voter could use to collect an illegal payment for voting for specific candidates, and would open the door to intimidation and threats against voters for not voting a particular way.

The new Colorado “selfie” bill would modify an 1891 Colorado law intended to prevent vote-buying and intimidation through the disclosure of marked ballots.

The bill provides that “any voter may show his or her voted ballot to any other person” as well as “at a voter service and polling center or at any other location at which votes are being tabulated.”

This bill may have been intended to accommodate our modern cultural obsession with “selfies,” but it actually makes Colorado elections vulnerable.

It would subject Colorado elections to the same types of bad (and illegal) behavior that historians have documented in American elections, and that the secret ballot—first adopted in Australia in 1856—was intended to stop.

After more than 100 years, the secret ballot has become a core pillar of the American electoral process. The 1888 presidential election, considered to be one of the most corrupt in American history, helped spur its adoption by jurisdictions across the country.

That election was so close that a mere 600 votes in New York could have changed the outcome. New York was the home of Tammany Hall, the most efficient and ruthless vote fraud machine we have probably ever seen.

Since there were no secret ballots at the time, Tammany fixers could use bribery and intimidation to ensure that voters cast ballots as promised.

Anyone who thinks that vote-buying no longer occurs should review the convictions documented in places like Kentucky and Texas in The Heritage Foundation’s voter fraud database.

In Texas, for example, four campaign workers were convicted in 2015 of buying votes in a school board race in Donna, Texas, with cocaine, cash, beer, and cigarettes.

Voter intimidation is also real. In Kentucky, Scott McCarty was convicted of voter fraud after accompanying a woman into a voting booth to make sure she was voting for the right candidates.

In the same state, James Steven Robinson and his son were convicted of voter fraud for targeting residents in properties that they owned and residents living in public housing. They had threatened to evict the residents if they didn’t sign absentee ballots that were already filled out.

There are many more examples of this type of voter fraud throughout the country. The Colorado “selfie” bill would only make it easier for the likes of McCarty, the Robinsons, and the campaign workers in Texas to intimidate and bribe voters because it allows voters to legally disclose to their landlords, co-workers, their pastor, and even to partisan poll watchers who they voted for by providing photo evidence of their votes.

The latter half of this law was written to prevent coercion and intimidation of voters with a handicap through illegal “assistance” at the polls.

The new Colorado bill will directly thwart that federal provision by giving employers and union stewards the ability to verify how their employees and union members voted with all of the resulting negative consequences if they don’t like how the vote was cast.

The Danger of Ballot Harvesting

An additional concern with the new bill is its relationship to ballot harvesting.

Colorado is an all-mail state, meaning that every registered voter receives a ballot by mail, giving voters the option of filling out and sending in the ballot or voting in person at a polling facility.

Colorado is also one of the few states that allows unauthorized volunteers to go door-to-door and collect and turn in up to 10 marked ballots—a highly controversial practice known as ballot harvesting.

If the new law takes effect, a landlord or political party volunteer who shows up to harvest a ballot might request to see a photograph of the voted ballot. If that happens, voters might feel pressured not only to disclose who they are voting for, but to vote in accordance with the harvester’s preferences rather than their own.

Furthermore, if the ballot harvester doesn’t like how the voter voted, he may be tempted to simply discard the ballot and not submit it to election officials.

It would be naive to say that fraudsters would not take advantage of this new law and try to influence how people vote. There are many ways for voters to engage in political speech, but the value of the secret ballot should be preserved.

Hickenlooper would be wise to think twice about signing this bill. We don’t need voters taking selfies in the voting booth. We need them making wise and secret decisions.