Conservatives Are Flooding Town Halls, Too. I Know, I’m One of Them. 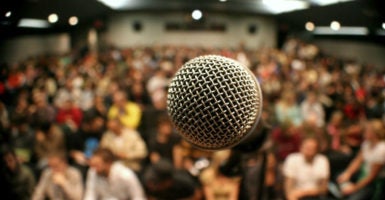 Conservatives at town hall meetings are often being drowned out by liberal groups trying to prevent the repeal of Obamacare. (Photo: iStock Photos) 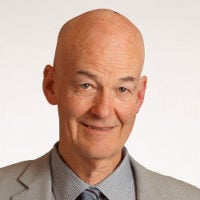 Ed Smith is a member of the Heritage Action Sentinel Program.

Last week, I had the pleasure of attending a town hall event in Murfreesboro, Tennessee. Rep. Diane Black, R-Tenn., spent about an hour offering her vision for congressional action and fielding questions.

As a member of the House Ways and Means Committee and acting chair of the House Budget Committee, Black has a significant role in drafting the Obamacare repeal reconciliation bill. It was no surprise the event was packed and somewhat contentious, but contrary to what the mainstream media reported, many of the constituents at the town hall wanted Obamacare repealed ASAP.

I personally came with nearly two dozen Heritage Action Sentinels all calling for repeal. Unfortunately, we were frequently drowned out by protesters from Indivisible Guide, Planned Parenthood, and other local leftist groups that did not seek a civil conversation. They simply wanted to engage in anti-democratic practices, disrupt the conversation, and erode our civic institutions.

Important conversations are needed. While Congress passed a budget resolution over a month ago to begin the reconciliation process, these two House committees have failed to write the bill.

As a Tennessean, I’m concerned House Republicans are failing to capture the momentum from the election to repeal Obamacare. The longer they wait, the more frustrated I’ve become as a Tennessee voter and Vietnam veteran.

How can I or any conservative support a Republican who fails to keep their promise?

I was eventually able to get a question at the town hall regarding the slow pace of the committees, but Black’s answer was concerning. According to her, Republicans want to move forward with caution and “get it right” the first time, even though Republicans already passed an Obamacare reconciliation repeal bill in 2015.

Nobody gets anything 100 percent right the first time. Now is the time to move forward with repealing Obamacare.

We all know this is the game politicians love to play. Some in Congress will use any excuse not to do the right thing and too often will get lost in the details. But the longer Congress waits to repeal Obamacare, the less likely it will happen.

We are already seeing this take place with new liberal activist groups, like Indivisible Guide, gaining a following and shouting down members of Congress at town halls. Their strategy is simple and can be read on Indivisible Guides that call on liberal activists to “Stall the Trump agenda by forcing them to redirect energy away from their priorities.”

Unfortunately, Republican members of Congress are falling right into their trap.

Some Republicans want to “repair” instead of “repeal” Obamacare. Some want to pass a replacement plan first or at the same time, as if Senate Democrats will have a change of heart and vote to repeal Obamacare if Republicans play nice.

The truth is that Democrats and liberal activist groups want to delay the Obamacare repeal process indefinitely. Their intent is not to fix our broken health care system but to protect Obamacare at all costs.

Conservatives across the country, just like they did in 2009 when Obamacare was being drafted, must again show up at town halls in droves. We must remind our Republican lawmakers, our fellow citizens, and those in the media who are along for the ride of the truth:

A good doctor knows that if a patient has an infected leg beyond recovery, the only way to save the patient is to amputate.

Republicans have a lot of work to do if they want to fix health care in America. But none of this will be possible unless step one happens first: Remove the infected leg that is Obamacare.