The Administrative State Has Changed Our Culture. Trump Can Help Reverse Course. 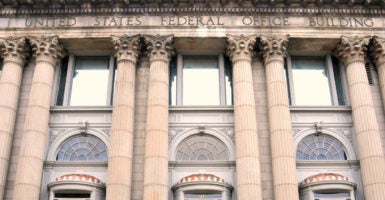 Alexis de Tocqueville predicted the rise of what is today referred to as the "nanny state," saying that it would "degrade men without tormenting them." (Photo: iStock Photos) 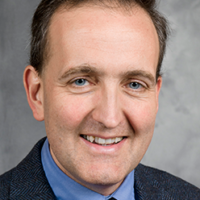 Paul Moreno, Ph.D., is the William and Berneice Grewcock chair in constitutional history at Hillsdale College. His recent book, "The Bureaucrat Kings: The Origins and Underpinnings of America's Bureaucratic State," was released in November 2016.

In it, we behold the first fruits of the administrative state.

Although it was not clearly articulated in his campaign, Trump did represent an inchoate rebellion against what scholars call “the administrative state.”

This is the “fourth branch” of our government, the bureaucracy that began to form in the Progressive Era, had major growth spurts in the New Deal and Great Society years, and appeared to be near completion with the Affordable Care Act (Obamacare), Dodd-Frank, and record-breaking reams of new rules from the Federal Communications Commission, Environmental Protection Agency, and other agencies.

The Clintons were deeply immersed in what Trump called “the swamp” of this Beltway establishment. Their influence peddling was exactly the kind of “crony capitalism” that a bureaucratic state produces.

But more insidious than the obvious and old-fashioned corruption of the system is the way that it corrupts our culture and our national character. The post-election hysteria shows how a large segment of American society has become infantile, addicted to entitlements and identity politics, utterly dependent on the state, and incapable of imagining how to arrange their lives without it.

This infantilization is exactly what critics of the administrative state have long warned would result. Well over a century and a half ago, Alexis de Tocqueville envisioned how such a state might come to America, which, as other European observers noted, still lacked a state along European lines.

As a sympathetic critic of American democracy, Tocqueville also noted that our democratic passion for equality might produce a new kind of despotism. He prophesied that it would be “more extensive and milder and it would degrade men without tormenting them.” Modern democracy would produce “not tyrants, but rather tutors … I will call it administrative despotism for lack of a better name.” Many today call it “the nanny state.”

The government would provide the vulgar, material pleasures that democratic men seek. It would be “absolute, detailed, regular, far-sighted, and mild,” like a parent who wanted to keep his children from growing up, to “remove entirely from them the trouble to think and the difficulty of living.”

What continental statists like the philosopher G. W. F. Hegel saw as paradise, Tocqueville depicted as a stupefying hell. His dystopian vision is worth quoting at length:

The sovereign power extends its arms over the entire society; it covers the surface of society with a network of small, complicated, minute and uniform rules, which the most original minds and the most vigorous souls cannot break through … ; it does not break wills, but it softens them, bends them and directs them; it rarely forces action, but it constantly opposes your acting; it does not destroy, it prevents birth; it does not tyrannize, it hinders, it represses, it enervates, it extinguishes, it stupefies, and finally it reduces each nation to being nothing more than a flock of timid and industrious animals, of which the government is the shepherd.

We see this especially in the cocoons of American campuses, which have nearly all become “safe space” nurseries, isolated from all but politically correct propaganda.

Students come in as dependent consumers of entitlements; the most successful of them will go on to provide entitlements. Indeed, the modern university was designed, on the Prussian model, to do just that—provide the trained civil servants who would administer the state.

Though America has gone a long way toward establishing the continental European-style entitlement state, it still has what political scientists call a “legitimacy problem.”

Many Americans still do not accept this illegitimate offspring of our original Constitution, which provided no “fourth branch” and was designed, with its system of the separation of powers especially, to prevent one. The English, too, appear to have their doubts, as the Brexit vote showed their qualms about the stultifying European Union bureaucracy.

Trump’s greatest challenge as president will likely be taking on this bureaucratic establishment, which has inculcated an entitlement mentality in ever-wider segments of the population.

If he and the Republicans can roll back Obamacare and other parts of the Obama administration’s legacy, we will thank them for preventing the first fruits of the administrative state from becoming the tenths and hundredths.