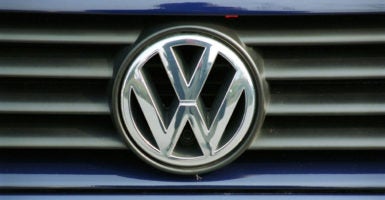 “VW may be able to obtain substantial competitive benefits, if not a monopoly on electric vehicle infrastructure, under the required investments,” Republican Reps. Fred Upton of Michigan and Tim Murphy of Pennsylvania wrote in a letter to the Environmental Protection Agency.

They added: “This is a curious outcome for the settlement of a cheating scandal.”

The EPA and various state environmental regulators settled a $16.5 billion lawsuit with the German automaker in September from its use of software in its line of diesel cars to intentionally thwart vehicle emission requirements.

The record settlement, approved by the U.S. District Court of San Francisco, directs VW to buy back the nearly 500,000 diesel-powered vehicles tainted with so-called defeat devices to fool emission tests. The buybacks range from $12,475 to $44,176.

The deal, which sets aside $10 billion to fix or buy back the 482,000 tainted diesel vehicles, represents the largest automotive settlement in history. Customers can either sell their cars back to the German auto company or have them repaired.

The company will plow another $2 billion investment into electric vehicle technology, which will be distributed within the next decade.

Upton, who chairs the House Energy and Commerce Committee, wants the EPA to disclose how much pollution the VW diesel cars emitted over the past eight years and how that pertains to measure offsetting the excess emissions from its diesel cars.

The EPA declined to discuss how it might respond to the lawmakers’ questions.