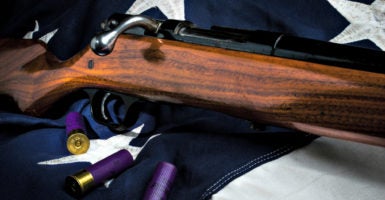 The principal sources of discomfort with the Second Amendment are the authoritarian impulse of those who wield political power and the cowardice they seek to instill in those they rule. (Photo: iStock Photos) 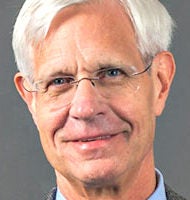 The right to keep and bear arms is a vital element of the liberal order that our Founding Fathers handed down to us.

Armed citizens take responsibility for their own security, cultivating the self-reliance and vigorous spirit that are indispensable for genuine self-government.

As I argue in a new essay for The Heritage Foundation, the Founders understood that those who hold political power almost always will strive to reduce the freedom of those they rule and that many of the ruled always will be tempted to trade their liberty for empty promises of security. The causes of these political phenomena are sown in the nature of man.

The Constitution, including the Second Amendment, is a device designed to frustrate the domineering tendencies of the politically ambitious. The Second Amendment also plays an important role in fostering the kind of civic virtue that resists the cowardly urge to trade liberty for an illusion of safety.

Armed citizens take responsibility for their own security, thereby exhibiting and cultivating the self-reliance and vigorous spirit that ultimately are indispensable for genuine self-government.

While much has changed since the 18th century, for better and for worse, human nature has not changed. The fundamental principles of our regime and the understanding of human nature on which those principles are based can still be grasped today.

Once grasped, they can be defended. Such a defense, however, demands an appreciation of the right to arms that goes beyond the legalistic and narrowly political considerations that drive contemporary gun-control debates.

>>> Read the Essay: “The Right to Bear Arms and the American Philosophy of Freedom“

Regrettably, too many American opinion leaders, forgetting or rejecting the reasons that justify this right, have been extremely uncomfortable with the Second Amendment.

The progressive left, for example, largely has been united in promoting restrictions on civilian access to firearms. Lawyers as well, who Tocqueville famously thought could serve America as a kind of democratic aristocracy, have been hostile to gun rights.

Until 2008, federal judges—our most elite corps of attorneys—never once had sustained a Second Amendment challenge to a government regulation. State courts, for their part, generally had upheld gun regulations under legal tests that practically gave legislatures a blank check. And the organized bar has lobbied for decades in favor of more restrictive controls on firearms.

Although the U.S. Supreme Court finally rediscovered the Second Amendment, it so far has protected only a narrow right to keep a handgun in one’s home, and it did that much only by a narrow 5-4 vote. Especially after the death of Justice Antonin Scalia, there is little reason to expect that the court will adopt doctrines that offer robust protection for the right to keep and bear arms.

Conservative intellectuals have offered little resistance to conventional elite opinion. Few of these pundits raise their voices against infringements of the right of self-defense, which is the core principle on which our liberal republic was founded. Some, including George Will and Charles Krauthammer, even advocate repeal of the Second Amendment so that the citizenry can be disarmed.

The principal sources of discomfort with the Second Amendment are the authoritarian impulse that comes so naturally to those who wield political power (either directly or through their influence over officeholders) and the cowardice that such people seek to instill in those they rule.

As a crime-control measure, restricting access to weapons by law-abiding citizens has been a proven failure, for reasons with which our Founders were quite familiar. Support for such policies is a sign either of ignorance about their effects or of disregard for the principles on which our republic was founded.

Conservatives constantly and rightly complain about the erosion of individual liberty by bureaucratic government, about the enervating effects of the nanny state, and about the suffocating atmosphere of euphemisms and repressed resentment imposed by the political correctness police. Whatever else has contributed to the decay of America’s republican spirit, forgetfulness or ignorance about the philosophy underlying our free institutions is among the least excusable failings that public intellectuals can display.

That philosophy was articulated by John Locke, William Blackstone, and every one of our Founding Fathers. If more pundits paid more attention to their views, fewer people would think that the right to arms is a product of romanticism about guns or an outmoded 18th-century mentality.

The American right to keep and bear arms, and its continuing value, reflect the reality of human nature and a reasoned response to that reality. The same cannot be said for the views of conservatives who would gut or even repeal the Second Amendment.

For more on this topic,  join us in person or online Oct. 19 at noon at The Heritage Foundation for “The Right to Arms and the War on Guns.” Video of the complete event will be posted afterward.