Time to Reform Social Security Benefits That Most Don’t Understand 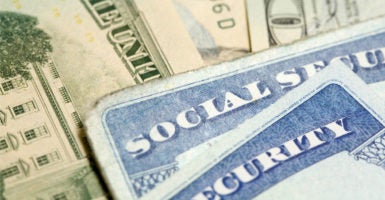 Not knowing what to expect from Social Security makes it harder for Americans to plan properly to meet their needs in retirement. (Photo: iStock Photos)

Social Security’s benefit structure is so complex that few Americans understand it. There’s a simpler way to provide benefits that also would help to improve the program’s worsening finances.

Most Americans don’t understand the rules and details that affect their monthly Social Security retirement benefits, according to a Government Accountability Office report based on data gathered by several surveys.

Most people don’t know how “claiming age” affects their Social Security benefits. For example, an AARP survey asked respondents at what age they should claim benefits if they want to maximize the monthly amount; only 29 percent answered with the correct age.

Shockingly, 36 percent of respondents in a Financial Literacy Center survey didn’t know their benefits would be adjusted based on claiming age.

Thirty-six percent of respondents in a Financial Literacy Center survey didn’t know their benefits would be adjusted based on claiming age.

Five surveys in the report from the Government Accountability Office revealed that many Americans don’t know about the possibility of collecting spousal benefits. And, according to the AARP survey, fewer than half—48 percent—knew they could collect benefits based on a living spouse’s earnings.

Americans also displayed confusion over the Social Security’s benefit formula. Less than a quarter—23 percent—knew that the benefit calculation uses a person’s 35 highest years of earnings.

Social Security is supposed to be Americans’ most stable and predictable source of retirement income, but it appears that is not the case. Not knowing what to expect from Social Security also makes it harder for Americans to plan properly to meet their needs in retirement.

Congress should simplify Social Security while putting its finances on sound footing. The lawmakers should replace the highly complex benefit structure with a predictable, flat benefit linked to the federal poverty level.

The flat benefit would return Social Security to its original purpose of protecting elderly Americans from poverty. Currently, Social Security provides the highest benefits to the largest income earners, including over 47,000 millionaires.

In the process, lawmakers should reform the way Social Security is funded. They should move toward eliminating the payroll tax and funding the program with general tax revenue like other anti-poverty programs. Since Social Security is already is sending every dollar of payroll taxes immediately out the door in benefit checks (and increasing the deficit to cover the shortfall between incoming payroll taxes and outgoing benefits), this would be a change only in accounting.

If Congress takes no action to reform Social Security, benefits would be indiscriminately reduced by 23 percent.

A more targeted benefit that consumes fewer taxes would enable Americans to save more money for themselves and their families. And higher returns from private investments would translate into higher retirement incomes across all earnings levels.

Individuals would rely less on the government in retirement, and Social Security benefits would be secure for the most vulnerable Americans who most need the assistance in their old age.

By acting soon, lawmakers can phase in changes to Social Security gradually, to allow future retirees to adjust. If Congress doesn’t act soon, it will be too late to avoid massive tax increases, benefit cuts, or both.

The Old-Age and Survivors Insurance Trust Fund, or OASI, will be exhausted in 2035, according to the Social Security Trustees. However, the Congressional Budget Office projects exhaustion of the trust fund to occur even sooner, in 2030.

If Congress takes no action to reform Social Security, benefits would be indiscriminately reduced by 23 percent.

Social Security is an important safety net for millions of Americans. By returning it to an anti-poverty program, Congress can save it for those Americans who truly need it.