With DC District Court Oral Argument, a Chance to Push Back Against EPA’s Power Grab 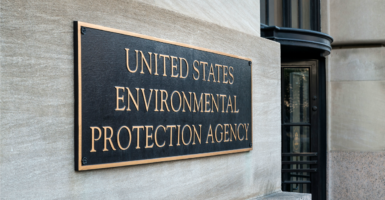 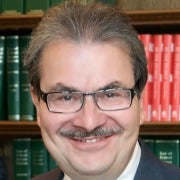 Ted Hadzi-Antich is the senior attorney in the Center for the American Future at The Texas Public Policy Foundation.

On Sept. 27, the en banc panel of the United States District Court for the District of Columbia will preside over oral argument in State of West Virginia v. Environmental Protection Agency.

This will likely be one of the most momentous cases ever to be decided by any federal court.

At issue: Twenty-eight states and numerous private companies and trade associations are challenging an EPA regulation that seeks to cut carbon dioxide emissions in the energy industry by over 30 percent and nationalize the country’s electric power grid. The 1,500-page regulation, known as the Clean Power Plan, would give the federal government authority over how states use their natural resources.

Regardless, the Clean Power Plan seeks to reverse what may be natural climate fluctuation at the cost of creating power blackouts, higher energy costs, job losses in the energy sector, and price spikes throughout the nation’s economy, including for necessities such as food and water.

Just as importantly, because carbon dioxide is everywhere and in everything, the Clean Power Plan arrogates enormous regulatory power to the EPA. Such a power grab by a federal regulatory agency is not only illegal, but is flat-out unconstitutional. It usurps states’ rights to regulate the use of their natural resources, in violation of the 10th Amendment.

Months ago, the Supreme Court recognized this troublesome constitutional issue and stayed the EPA’s enforcement of the Clean Power Plan pending resolution of the case in the lower court. In response, the D.C. Circuit decided to hear oral argument en banc before a panel of all judges serving on the court, rather than just the three-judge panel to which it was to have been assigned.

Beyond the constitutional issues, the case raises important issues regarding the rule of law and the extent to which the EPA must obey the law, just like the rest of us. In promulgating the Clean Power Plan under the federal Clean Air Act, the EPA violated the act in at least three ways.

The Clean Power Plan arrogates enormous regulatory power to the EPA. Such a power grab by a federal regulatory agency is not only illegal, but is flat-out unconstitutional.

First, carbon dioxide is emitted from “numerous and diverse” sources throughout the nation, not just from power plants. The act requires the EPA to regulate those types of ubiquitous emissions under the National Ambient Air Quality Standards program, which involves a multiyear process to determine the extent to which nationwide ambient air emissions of a particular substance are harmful to human health and welfare.

The next step requires the EPA to determine the extent to which man-made emissions of such a substance should be curtailed to lower national ambient air levels. The Clean Power Plan seeks to shortcut those legal requirements by regulating power plants under the source-specific standards of the Clean Air Act reserved for localized air pollution problems. Although it may be easier for the EPA to do so, the act does not give the EPA that kind of authority.

Third, the EPA even failed to comply with the source-specific requirements of the act because it neglected to make a finding that carbon dioxide emissions from power plants endanger human health and the environment. Without that endangerment finding, the regulation cannot stand.

These are only some of the issues that the D.C. Circuit will hear at 9:30 a.m. on Sept. 27. The court has devoted the entire day to oral argument, and many lawyers will present their cases. Even more lawyers, media representatives, policy analysts, politicians, and others will be present to observe and listen. We can only hope the court will uphold our constitutional freedoms, rather than kowtowing to the EPA’s power grab.