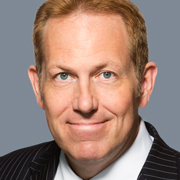 Shanghai’s benchmark stock exchange, in combination with China’s other major bourse in Shenzhen, have the highest stock-market capitalization in all of Asia.

Until recently, few people would have considered Shanghai as a venture capital (VC) wonderland, given the domination of China’s state-owned enterprises in Shanghai.

According to Zero2IPO Group, China’s venture capital funds raised an enormous $230 billion in 2015, tripling the amount under management in just one year. The world’s biggest start-up pool is spread out over 780 funds.

According to the World Economic Forum’s competitive index, China’s global ranking for funding its VCs rose from 82nd place in 2007 to 16th place in 2016.

So how did Shanghai raise so much capital so quickly? Anyone answering with “government funding or backing” can go to the head of the class.

While exact figures are not available, almost all the capital is being funded from central-government tax revenues and state-back loans.

Unlike Silicon Valley, Shanghai is missing private venture capital. Despite its market capitalization size, China’s companies’ stock valuation multiples are a fraction of those in the United States.

Why is Beijing doing this? Because the capital markets are not putting money into “early stage” investments in China. This state-backed initiative will eventually backfire, similar to the disastrous government-led investments in the Chinese solar-power and wind-power industries last decade.

State-funded VC funds, suddenly finding their coffers flushed with capital, will spend these funds regardless of the risk-return profile of their ventures. Lacking the experience and market forces that dominate places such as Silicon Valley or London, this initiative is likely to result in another boom-bust cycle and vast waste of capital.