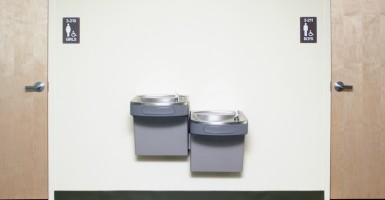 A nationally ranked Minnesota charter school facing a discrimination complaint by the parents of a former kindergarten transgender student approved a controversial new gender inclusion policy at a school board meeting.

While the school board, which consists of a mix of parents, teachers, and community members, overwhelmingly voted in favor of the new policy Monday night, some parents are upset with the outcome.

“What has happened at Nova is unthinkable,” a mother with two children at the school told The Daily Signal. “A classical school based in logic and reason has taken the most radical approach possible, that of affirming gender fluidity.”

“Their decision makes a mockery of the school’s mission,” the mother added. “If gender is a state of mind, an idea that flies in the face of science and all that we know to be true, what else is a state of mind?”

The Daily Signal obtained a copy of the new policy at Nova Classical Academy in St. Paul, Minnesota, along with a proposed plan for how the school will implement the new policy. Unlike the policy itself, the implementation plan has not yet been approved by the board, but one significant proposal would involve tearing out the urinals in some school bathrooms and making the bathrooms, which can be used by multiple students, gender neutral.

The policy also states that the school will “evaluate all gender based activities, curricula, rules, policies and practices” and keep only those that “have a clear and sound pedagogical purpose.”

For activities where students are segregated by gender, transgender and gender nonconforming students must be allowed to participate in the activity that corresponds with their gender identity.

The Daily Signal spoke with several parents about the policy on the condition their names would not be used. The parents said they feared retribution for voicing their opinion.

Since the school began the process of adopting a new gender identity policy, 42 students have withdrawn from Nova Classical Academy. In withdrawing, Eric Williams, executive director of the school, said parents cited reasons “from both sides of the issue.”

When the issue of gender identity entered the classroom earlier this school year, parents told The Daily Signal that it tore a formerly a tight-knit community apart. During Monday night’s school board meeting, the parent involved in the recent events said the repercussions were obvious.

“I think there was a sense that the community was broken by this in a lot of ways, and I think some people on the board — not all of them — but some of them were sensitive to the fact that not everybody had the same viewpoint,” he said.

While the school’s new six-page gender inclusion policy has now been formally adopted, the specifics are still being worked out.

Ironing Out the Kinks

Recommendations for how to make the school’s bathrooms more inclusive, for example, were proposed in a three-page “working document,” but the school board has yet to approve those plans.

The recommendations currently outlined include a proposal to convert two academic bathrooms to gender neutral bathrooms by removing urinals and replacing them with toilets and floor to ceiling privacy stalls. Students of both sexes would then be able to utilize both facilities.

3rd floor academic wing bathrooms: to be converted to gender neutral bathrooms. Remove urinals and replace with enclosed single stall toilets. Administration will determine if additional supervision of these bathrooms will be required. Inappropriate behaviors will be addressed in accordance with Nova’s Student Discipline Policy (506). These bathrooms will have signage designating them as ‘student and staff use only during school hours.’ This designation is being recommended to address the safety concern that having gender neutral bathrooms would allow anyone who enters Nova access to our bathroom facilities. Schools visitors and volunteers will be only allowed to use the staff bathrooms in the academic wings, where new signage will show them as additional “staff/visitor” bathroom. The hours were chosen to reflect when students were in the academic wings, but provide public access in the evenings when various meetings, school conferences … etc. are held.

The proposal also recommends that the school construct two new “family” bathrooms near the gym.

For locker rooms, the proposal reads:

Due to the small space available in the current locker rooms, we could not accommodate what we consider the ideal of having floor to ceiling changing stalls; therefore, we are recommending keeping the current system of locker rooms as separated by biological sex, since there is not presently a means to provide additional privacy for all students. Currently some students, given their various preferences for their level of privacy, change in the locker room and some change in the bathrooms by the great room, which are the bathrooms closest in proximity to the gym. The proposed gender neutral bathrooms adjacent to the gym would provide more space and increased privacy for all students and also provide a safe, private location for gender nonconforming students.

For students seeking additional privacy, the “health office bathroom is another option,” the document states.

For students in kindergarten to the 5th  grade, two academic bathrooms would remain gender binary. Those bathrooms would be limited to that age group in order to “to address the expressed concern of parents who were uncomfortable with the idea of any upper school students using the bathroom with younger students,” the document reads.

According to the gender inclusion policy that was adopted on Monday night, all the facilities that remain separated by sex would be available to transgender or gender nonconforming students based on their gender identity.

The school did not release a timeline for when they propose to finalize plans for how to implement the school’s new gender inclusion policy. The cost of construction has also not yet been determined. Williams, the executive director of Nova Classical Academy, told The Daily Signal the school has requested bids.

“I’m sure it’s in the tens of thousands of dollars to remodel the school,” the parent involved in the recent events at Nova Classical Academy told The Daily Signal.

The situation came about in October, when the elementary school principal of Nova Classical Academy informed parents in the coming days, the school would be taking steps to “support a student who is gender nonconforming.”

Details regarding the gender nonconforming student were kept confidential. But shortly after that initial email went out, parents learned that the child was in kindergarten.

Immediately, some parents pushed back on the school’s attempt to introduce books to other kindergarten students such as “My Princess Boy,” a story about a boy who sometimes likes to do traditional girl things like wear dresses.

Others, including some students, were were supportive.

On March 24, the situation elevated when the parents of the kindergarten student, David and Hannah Edwards, filed a complaint with the St. Paul Human Rights and Equal Economic Opportunity Department. The complaint alleges that Nova Classical Academy failed to adequately protect their child from bullying and other forms of discrimination.

The legal case is still ongoing. Nova Classical Academy says it will deny allegations of discrimination, maintaining the school “has taken all due measures to protect the student’s rights.”

The Edwardses disagree, and on Feb. 29, they withdrew their child from Nova Classical Academy.

“As a result of these violations,” the Edwardses wrote in their complaint, “we were forced to withdraw her from Nova.”

Despite this, Nova Classical Academy moved forward in adopting a formal gender inclusion policy. The approval came 10 days after the Obama administration issued federal guidance to schools, mandating that they allow transgender students to use the bathroom, locker room, and shower facilities that match their gender identity. If schools do not comply with the guidance, the Obama administration threatens to take away their federal funding.

The Daily Signal reached out to Gender Justice, the legal group representing the Edwards in their complaint against the school, to see what they thought about the new gender inclusion policy.

The group did not return our request for comment.