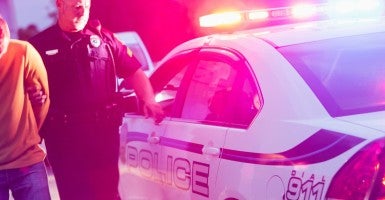 Nebraskans are the beneficiaries of far more legal protections against abusive and unjust property seizures than most Americans. (Photo: iStock Photos)

Nebraska Gov. Pete Ricketts, a Republican, has signed a major state forfeiture bill into law. Like New Mexico before it, the Cornhusker State now requires a criminal conviction before property can be forfeited.

Civil forfeiture is the law enforcement tool, which allows property suspected of being involved in, or derived from, criminal activity to be seized by police, sheriffs, and federal agents. It was ramped up in the 1980’s as a means of combatting the drug trade and organized crime, with the goal of stripping kingpins of their assets and ill-gotten gains.

Thirty years later, though, forfeiture has morphed into a system that is far more often used to seize relatively small amounts of cash, that stacks the deck against property owners fighting to get it back, and that encourages profiteering by law enforcement authorities.

Now that the Nebraska bill has been signed into law, innocent property owners will have some rather significant new protections, the most significant of which is the requirement for a criminal conviction. Believe it or not, under civil forfeiture laws, no convictions need to be obtained—nor even any charge filed—to permanently forfeit property. Nebraska’s decision to require a conviction essentially eliminates civil forfeiture in the state.

The state may still forfeit property, but only after obtaining a conviction on drug, child pornography, or illegal gambling charges, and then only after demonstrating by clear and convincing evidence that the property in question was used or intended to be used in the commission of the crime, or that it represented the illicit “fruits” of the criminal activity.

Nebraska’s unicameral legislature—the only one of its kind in the nation—passed the bill by a wide margin, reflecting the widespread and bipartisan recognition that forfeiture laws have strayed from their original, narrow, and laudable purpose. Indeed, in recent years countless stories have emerged of innocent people whose property has been seized based on little, if any, actual evidence.

Nebraska is no stranger to this phenomenon.

Take Mark Brewer, for example. The Air Force veteran had $63,530 seized after he was pulled over for changing lanes without signaling. After a drug sniffing canine “alerted” to possible narcotics, a sheriff’s deputy conducted a search and found the cash, but no drugs.

Brewer told the officer he was on his way to Los Angeles where he intended to make a down payment on a house, but the deputy seized the money anyway. Brewer took his fight to the 8th Circuit Court of Appeals, which ruled that circumstantial evidence, like the fact the money was being carried in a plastic bag near two magazines with marijuana-themed articles, was sufficient to tie the money to criminal activity. Brewer never saw his $63,530 again.

The impact of state-level forfeiture reforms is often blunted thanks to a federal program known as “equitable sharing,” which allows for property seized by state and local authorities to be transferred to federal agencies for forfeiture under federal law.

State and local agencies that participate can expect to receive up to 80 percent of the resulting proceeds, every penny of which is beyond the control of local or state legislators. With equitable sharing, the federal government is effectively incentivizing agencies to bypass state laws that protect property owners’ rights or prevent police, sheriffs, and prosecutors from financing themselves through the forcible seizure of property.

Fortunately, Nebraska’s legislature wisely restricted that practice. The new law bans property transfers unless the seized cash or property exceeds $25,000 in value, a federal agent is physically present for the seizure, or the “person from whom the money or property was seized is the subject of a federal prosecution.”

But while the bill clamped down on the equitable sharing loophole, it did nothing to address the financial incentive that still exists in Nebraska to seize property.

Article VII-5 of the Nebraska Constitution mandates that 50 percent of all forfeited money be allocated to law enforcement agencies, with the remainder going to fund public education. Unfortunately, with the profit incentive enshrined in the state constitution, only a constitutional amendment can put forfeiture revenues back where they belong: in the state’s general fund, under the control of elected state legislators.

Perhaps such an amendment will one day be passed. In the meantime, Nebraskans are the beneficiaries of far more legal protections against abusive and unjust property seizures than most Americans.