After 1 Year, the Effects of the Net Neutrality Regulations 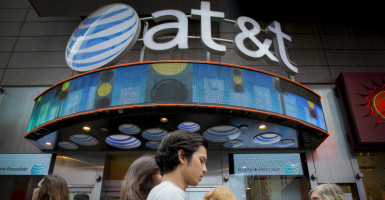 The leadership of Internet service provider AT&T has said the company has avoided offering some new services because of worries about violating net neutrality rules. (Photo: Brendan McDermid/Reuters/Newscom)

One year after the Federal Communications Commission decided to regulate Internet service as an essential public utility, the contentious net neutrality policy is being challenged in court, and Republican lawmakers are seeking to overturn it.

But even as net neutrality faces an uncertain future, supporters and opponents of the rules are measuring their impact, and the FCC is facing tests over how it will enforce the regulations.

One outspoken opponent of the new rules, FCC Commissioner Ajit Pai, a Republican, believes that the government’s move to ensure an open Internet has actually had the opposite effect, by deterring investment from small broadband providers struggling to comply with the regulations, and undermining innovation. Pai argues that the regulations will ultimately harm consumers by raising the cost of Internet service.

“I think what you are seeing is companies less willing to spend money building broadband that is faster and better and cheaper to your homes and businesses,” Pai told The Daily Signal in a recent interview.

“This is the first time that year-over-year investment in broadband has gone down, outside the tech bubble bursting in 2001 and the Great Recession of 2008,” Pai continued. “The fact it coincides with the FCC adopting these heavy-handed regulations, I think, is directly related. And that’s unfortunate for American consumers, especially in rural areas where the business case for building our broadband is already tough as it is.”

In a statement responding to Pai’s assertion, Kim Hart, the press secretary for FCC Chairman Tom Wheeler, a Democrat, denied that net neutrality has affected investment in broadband.

Wheeler doubled down on that assertion when he and his fellow FCC commissioners testified before the Senate Commerce Committee on Wednesday.

Wheeler added that more people are using the Internet since the regulations went into effect last June, which he says has driven an increase in Internet service providers’ average revenue per user. Pai contends that the higher revenue shows that providers are charging broadband consumers more.

The concept of net neutrality is that leading Internet providers like Verizon and Comcast should not play favorites with the content on their networks, such as Hulu and Netflix, based on what these services are able to pay the provider.

While the FCC refers to its new authority as a “light touch” regulatory framework since the agency will not get directly involved in price-setting, the rules prohibit Internet service providers from charging content providers for quicker delivery of their content on “fast lanes” and from deliberately slowing content for those who can’t afford that.

In February of 2015, the FCC passed net neutrality 3-2 along party lines, with supporters arguing that prohibiting Internet service providers from discriminating against content will ensure that start-ups and entrepreneurs can have equal access to broadband networks, meaning consumers will have more content and application options. Outside observers say it’s difficult to directly relate investment levels with the net neutrality rules, since they have been enforced for such a short period of time.

Similarly, Speta said it’s challenging to contextualize current trends in the content side of the market.

“On the content innovation side, you have new players coming in, along with HBO starting to allow subscription-only service, ESPN getting all its content online, and Netflix growing its diversity of offers,” Speta said. “There seems to be a robust, innovative content and applications market, but I cannot say with any certainty if that’s because of open Internet rules.”

The FCC is currently grappling with a test whose outcome would more definitively affect consumers.

For example, Comcast, through its own streaming service StreamTV, allows its cable customers the ability to watch online videos for free and not have that content count toward customers’ monthly data limits. Streaming through an outside service such Netflix, however, would still count toward data limits.

Some critics say unlimited streaming, known as zero-rating, is unfair. Whatever the FCC decides, consumers will feel it, Speta said.

“If the FCC says, no, it is not consistent with the open Internet order to have zero-rating, that is something they will notice, and should notice, when those services disappear in the marketplace,” Speta said. “Consumers like zero-rating services.”

The U.S. Court of Appeals for the District of Columbia Circuit heard arguments on the legality of FCC rules in December, and the three-judge panel is expected to issue its ruling this spring.

The issue is likely to go before the Supreme Court.

Pai argues that the legacy of net neutrality will depend on whether the courts decide that it is legal—and how future FCCs choose to enforce, or potentially expand, the rules if they are confirmed.

“The net neutrality decision opens the door for the FCC imposing a tax on anybody who accesses the Internet,” Pai said. “The last thing American consumers want is more expensive Internet access, but that’s what the FCC may soon give them.”

Speta agrees that a future FCC could impose an Internet tax in the future, but he says it’s doubtful in a contested political environment.

“Commissioner Pai is right—if the FCC wins the D.C. Circuit case, and wins reclassification of the Internet under Title II, that gives the FCC the legal authority to do things it couldn’t do, such as rate regulations and universal services taxes,” Speta said.

“The FCC has tried to impose a light form of Title II, but if they win the reclassification case, a next FCC could do even more.”