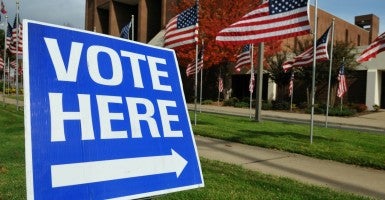 Our right to vote is one of the core foundations of the American republic. Elections determine the future of towns and cities, states and the nation, and as such, every American must be able to say with confidence that electoral results are reliable and reflect the will of all eligible voters—and only eligible voters. This is why ensuring the integrity of the electoral system is so important. So long as elections are pathways to power and prestige, there will be those who would rather rig the vote than risk a loss. Vote fraudsters dilute honest votes and sometimes even change electoral outcomes.

The Heritage Foundation’s voter fraud database catalogues hundreds of cases from across the nation in which individuals were convicted of lying about their residency, casting fraudulent absentee ballots, or voting more than once in an attempt to alter the democratic will of the majority.

Here are some of the latest cases added to the ever growing list:

These individuals are just a small piece of the pie regarding voter fraud convictions in this country. And, of course, for every conviction, there are likely many others whose crimes go undetected. The Heritage Foundation’s Meese Center for Legal and Judicial Studies has a report, Does Your Vote Count?, that outlines commonsense measures that can be taken to ensure the integrity of our electoral system without impairing the voting rights of any citizen.

Amid the pandemonium of party primaries, Americans need to be reassured that their votes matter. It is only through thoughtful precautions that governments will ensure that this is the case. As the fabled words carved outside the National Archives remind us, “eternal vigilance is the price of liberty.”