The Lessons We Must Learn From Paris 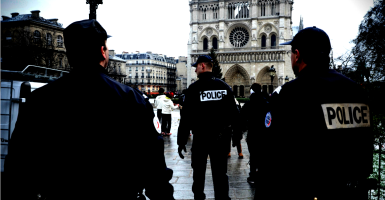 In the wake of the Paris attacks, U.S. authorities should seek to glean lessons from the European experience. This will ensure we are best prepared for similar threats against the U.S. homeland.

Several federal departments and agencies are likely already individually focused on this task. For example, the Federal Bureau of Investigation is examining the attackers’ tactics and forensic evidence as part of its investigation in Paris. But the FBI is also likely considering how knowledge gained there could be employed by the Bureau to prevent future attacks here.

However, other agencies not directly involved in the Paris investigation may be less aware of the attacks’ implications for their current security posture or longer-term considerations to close previously unknown security gaps.

Therefore, President Obama should publicly direct his National Security Council to undertake a comprehensive review of the Paris attacks and report its findings to him in 30 days. This act of presidential leadership would ensure that the federal government is best prepared to confront a Paris-style plot by synchronizing inter-agency efforts and ensuring that opportunities to enhance security are not overlooked. It would also send a clear message to the American public—and would-be attackers—that the federal government is keenly focused on preventing an attack in the U.S.

There is precedent for a presidentially directed inter-agency review of a major incident. I was co-author of the Federal Response Hurricane Katrina: Lessons Learned, which we produced at the White House in the aftermath of that catastrophic disaster. I then oversaw the implementation of the report’s 125 recommendations across the federal government. And in the same way President Bush selected his homeland security and counter-terrorism adviser Fran Townsend to lead that review, so too could the president direct his adviser Lisa Monaco to oversee this inter-agency effort.

I should note that while sensitive intelligence-related aspects of the final report should be classified, the administration should strive to make most of the review’s findings available at the “For Official Use Only” level. This would enable a wide distribution to state and local authorities. After all, in Paris it was the local first responders who confronted the attackers after they evaded detection by federal authorities.

Undertaking this review will ensure that lessons from the Paris attacks are learned and not merely observed. Americans expect nothing less from their government.

This article originally appeared in “Paris Insights,” a publication of the George Washington University Center for Cyber & Homeland Security, on November 24, 2015.