US Still Without Strategic Focus in the Long War on Terror 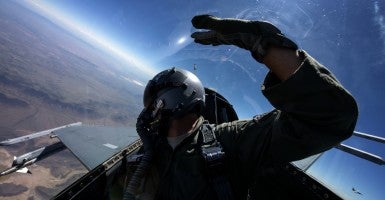 As incredible as it may sound, the U.S. government still lacks the capacity to coordinate its global counterterrorism strategy.

This disturbing finding is reflected in two recently released reports, one by a bipartisan task force of the House Homeland Security Committee and the other, the “2015 Comprehensive Annual Report on Public Diplomacy” by the Advisory Commission on Public Diplomacy (ACPD).

This void within the U.S. government must be filled. We are currently not effective in stanching the flow of foreign fighters to the Middle East nor in neutralizing the ISIS propaganda that poisons and radicalizes the minds of young men and women.

Since 2011, more than 25,000 foreign fighters have traveled to Syria and Iraq. Most have come from Europe and other Middle Eastern countries, but over 250 have made their way from the United States. How many have come back, presenting potential domestic danger, we simply do not know.

Write the authors of the Congressional study:

“There appears to be no comprehensive accounting of terrorist-travel programs in the U.S. government or any systematic government-wide efforts to identify gaps between them. . . . We found that hundreds of programs, projects, and initiatives have sprouted up to combat terrorist travel since 9/11, but without an overarching strategy to coordinate them, the United States may be wasting taxpayer dollars and failing to allocate resources where they are needed most.   Indeed, lack of a strategy not only increases the risk terrorists might exploit weaknesses in the U.S. travel system, but also raises the prospect of waste, overlap, and duplication between agencies.”

The concerns of the Homeland Security task force are mirrored in the annual report of the ACPD, a semi-official body that provides guidance to the Undersecretary of State for Public Diplomacy.

As the word “terrorism” is not used by the Obama administration in its official documents, “countering violent extremism” is the subject of the commission’s recommendations, CVE for short.

ACPD notes that “for public diplomacy professionals to effectively advance U.S. foreign policy efforts to counter violent extremism, there needs to be clear CVE strategy across the U.S. government.” Right now, there is none.

While State is the home of the Center for Strategic Counterterrorism Communication, ACPD also recommends creating a “center of gravity” at the State Department, including stakeholders across the government, to coordinate short-term messaging with longer-term public relations activities, providing also clear guidance to the field.

In addition, ACPD advocates pulling together a, a brain trust of CVE experts with whom current officials responsible for CVE strategy and tactics can consult.

“A core challenge to current CVE efforts is that a solid foundation of knowledge about extremism and its root causes, in addition to past effective and ineffective efforts, has not been fully established.”

Fourteen years have passed since 9/11. Isn’t it about time we get serious?