A Higher Minimum Wage Would Eliminate Opportunity for Success 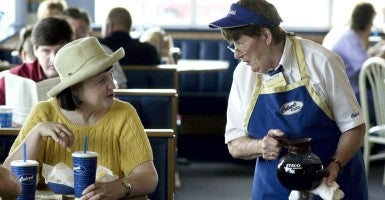 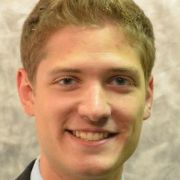 Nick Novak is Director of Communications at The John K. MacIver Institute for Public Policy.

For more than a year, union-backed protesters have held coordinated rallies around the country calling for a $15 minimum wage. While the protesters make claims that it is impossible to get a raise or a promotion in fast food, the mainstream media has been more than happy to go along with their story.

Many reporters completely ignore the other side of the debate. Even when research from well-respected economists is provided, the media would rather focus on individuals who claim to be “stuck” in minimum-wage jobs.

This story portrayed by the media is not typical, however. In fact, it is likely that many of the most successful people in our country today started at a minimum-wage job. That is the case for Maggie, owner of the Culver’s restaurant in Little Chute, Wisconsin.

Maggie started working “the bun station” at Culver’s more than 15 years ago for minimum wage. For those of you not lucky enough to have a Culver’s in your area, they are a fast food restaurant that serves delicious Butter Burgers and frozen custard.

Culver’s is also a place where many young kids get their start in Wisconsin and the Midwest. If the narrative told by the union bosses were accurate, none of these kids would ever go anywhere. They would be stuck working the bun station decades from now, still earning minimum wage.

But this isn’t what happens. With hard work and determination, the skills learned in a minimum-wage job serve as the building blocks for an individual’s career. Two-thirds of minimum-wage workers earn a raise within a year. The typical raise is almost 25 percent. Many go on to earn much more in future years.

That is exactly what Maggie did. She did not come from a wealthy family that could just pass a business down to her. Maggie had to work for it, and today that hard work has paid off.

Now she is trying to instill in her employees the same values she had growing up. It seems to be working, because every one of her managers started in an entry-level position. One manager is even on track to become an owner herself.

Did I mention that Maggie is only in her early 30s? That’s right: in a relatively short time period, she went from the minimum wage to ownership.

None of this would be possible, though, without the opportunity she had at a young age—the opportunity to learn the skills of time management, communication, and work ethic that have proved so valuable in her career.

A $15 minimum wage would take away this opportunity for thousands of people across the country. Instead of getting a minimum-wage job to gain the skills necessary for later in life, young people and low-skilled workers would be priced out of entry-level jobs.

According to a study by The John K. MacIver Institute for Public Policy, 91,000 people would be out of a job in Wisconsin alone if a $15 minimum wage were implemented. The non-partisan Congressional Budget Office said 500,000 jobs would be lost nationwide under a lower $10.10 minimum wage.

Without the opportunity to gain the skills needed to move up the career ladder, young people and low-skilled workers would really be in trouble. And that is something our economy simply cannot afford.

That is why raising the minimum wage is simply poor public policy. It hurts the exact individuals it is intended to help. The good news is that with a little bit of effort, anyone can be successful.

Author’s Note: More information about Maggie’s story can be seen in The MacIver Institute’s new video series, Raising Up Wisconsin. Her story is featured in the first episode, which premiered Thursday, September 3rd. For more information, visit MacIverInstitute.com.