Thanks to Federal Assistance, Low-Income Americans Live in Luxury Apartments in Chicago 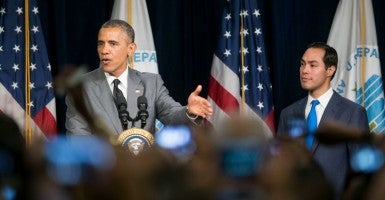 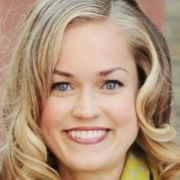 In New York City, one household was making an annual income of $497,911 and living in taxpayer-funded public housing.

According to the New York Housing Authority, allowing “over-income” families like this to reside in public housing is “beneficial.”

For its part, HUD does not encourage housing authorities, like the New York Housing Authority, to require over-income families to find market-rate housing.

The U.S. inspector general estimated that HUD will pay more than $104 million in the coming year for public housing units occupied by families that exceed income thresholds.

As a result of this lapse, HUD is unable to assist 25,226 qualifying (read: genuinely low-income) households.

One luxury building used by voucher holders, 500 North Lake Shore Drive, qualifies as the most expensive apartment building in downtown Chicago, according to Chicago Real Estate Daily. Rents for a one-bedroom approach $3,000.

A voucher holder living at 500 Lake Shore Drive has access to 30,000 square feet of amenities including a landscaped roof terrace with outdoor pool, sundeck, private cabanas, grills, a fire pit, and a luxury Equinox gym with views of Lake Michigan.

Units have floor-to-ceiling windows and high-level finishes. The building is situated on prime real estate near Navy Pier.

The units subsidized by federal Section 8 vouchers in this building and others are unaffordable for the vast majority of U.S. taxpayers.

Many American taxpayers could only dream of amenities like these, and others work hard to be able to afford them.

But CHA has not stuck to its resolution to cap vouchers at 150 percent of fair market rent, and CHA still lists non-compliant units as available on its website. Some units are also non-compliant with the 2015 Small Area Fair Market Rents listed on CHA’s website.

Meanwhile, according to a recent Center for Tax and Budget Accountability study, CHA is stockpiling millions of dollars of federal voucher money on the side, rather than providing it in the form of housing vouchers to the thousands of individuals on the city’s wait list.

The vast majority of U.S. renters still pay far less for housing than even a standard Chicago voucher would provide, much less a voucher exception.

Paradoxically, these individuals pay taxes to fund the voucher program. The product of this program is a system that is both inefficient and prejudicial.