A Letter to Chuck Schumer: Convince Your Democrat Colleagues Iran Deal Is Bad 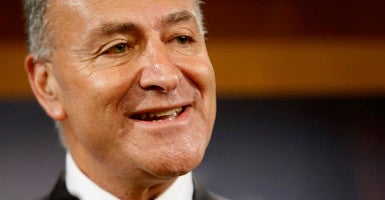 Sen. Chuck Schumer is speaking out about his concerns about the Iran deal, despite the fact that he is a Democrat. (Photo by Chip Somodevilla/Getty Images) 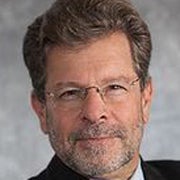 Or may I call you “Chuck”? About 30 years ago, when I first met you, you were an informal kind of guy. You had recently been elected to the House from a district in Brooklyn and Queens. I was a New York Times reporter. I remember you were sharing a row house with two other House members—Leon Panetta was one—and I wrote a story about that. I always thought it could be the premise for a situation comedy. (“Friends with Entitlements”? Just kidding.)

I had no better source than you. You’d call to give me a heads-up on a bill or to explain some Hill battle so my editors would think I knew what I was talking about. It was nice of you, but it was also smart. You are smart: A perfect score on the SAT. On to Harvard College and Harvard Law. Elected to the New York Assembly at 23. Never losing a single election.

I’ve been thinking about writing you for a while regarding your vote on President Obama’s Iran deal. I knew you’d recognize that, from a policy perspective, this deal doesn’t get a passing grade. But from a political perspective, I understood that voting to disapprove would not be easy. Then, last week, you announced your decisions in an incisive 1,670-word essay. Kudos to you.

You pointed out that there won’t be “anywhere, anytime” inspections—which Obama himself had said was a necessity. American demands for inspections will be reviewed by a commission—on which Iran gets a seat. Iran’s rulers have flatly ruled out “entry into our military sites”—hardly an unlikely place for weapons research and development.

You grasp that sanctions, once lifted, cannot be “snapped back.” Then there is the curious decision to “sunset” restrictions on a regime whose supreme leader, Ali Khamenei, continues to call for “death to America!” As for Hassan Rouhani, Iran’s “moderate” president, he has said Iranians need “to express ‘death to America’ with action.” Like this deal?

Both Gen. Ray Odierno, U.S. Army chief of staff, and Gen. Martin Dempsey, chairman of the Joint Chiefs of Staff, have been clear: Iran has been responsible for the deaths of hundreds of Americans. The United States, as you point out, has designated Iran as “one of only three nations in the world who are ‘state sponsors of terrorism.’ “

Rewarding Iran’s rulers if they become less supportive of violent extremism might make sense. But this agreement gives benefits—including, as you note, “at least $50 billion dollars in the near future”—based only on the ticking of the clock. It “would allow Iran, after ten to fifteen years, to be a nuclear threshold state with the blessing of the world community.”

And after only 10 years, “if Iran is the same nation as it is today, we will be worse off with this agreement than without it.” We—and certainly our children—will face a much bleaker set of options.

Your conclusion minces no words: “I will vote to disapprove the agreement, not because I believe war is a viable or desirable option, nor to challenge the path of diplomacy. It is because I believe Iran will not change, and under this agreement it will be able to achieve its dual goals of eliminating sanctions while ultimately retaining its nuclear and non-nuclear power. Better to keep U.S. sanctions in place, strengthen them, enforce secondary sanctions on other nations, and pursue the hard-trodden path of diplomacy once more, difficult as it may be.”

Predictably, MoveOn.org and other far-left groups have declared war on you. They will attempt to challenge your standing as heir apparent to Sen. Harry Reid for Senate Democratic leader. Maybe Obama will, too.

Because you are Jewish, we also are hearing the charge that your decision reflects only your concern for Israel, whose leaders do indeed fear that this agreement will help the Islamic republic threaten the Jewish state. Worth recalling: In 1938, when Winston Churchill criticized Neville Chamberlain for accommodating Hitler, he was not primarily concerned about the threat to Czechoslovakia or European Jews.

It is widely believed that congressional disapproval will kill this deal. That’s incorrect—not even if Obama’s veto is overridden. What would happen instead? Obama could tell the Iranians that clarifications, amendments, or addenda are needed to win the support of Congress and the American people.

That’s normally a priority in democratic societies. And it’s been the practice many times in the past. It’s what President Reagan did when such principled members of Congress as Sen. Henry “Scoop” Jackson, a Democrat, insisted on strengthening arms control agreements with the Soviets.

More likely, however, Obama will ignore Congress and lift most American sanctions on his own authority. International sanctions will disappear. It will be in the interest of Iran’s rulers to say they intend to keep their end of the bargain—for a while.

Your work is not yet done, you know. You need to educate those of your colleagues who are educable. In for a penny, in for a pound, as they don’t say in Brooklyn.

The stronger and more bipartisan the disapproval, the better. That will provide the next administration, whether Democratic or Republican, with leverage to mend or end the deal. What’s more, the gold rush of investors heading to Tehran will slow if they think it’s not yet safe down in the mines.

Final point: By voting to disapprove a bad deal, you’ll be telling the truth. Thirty-odd years ago, as a young congressman, I think that’s what you saw yourself doing when you reached the pinnacle of your career. So let me say again: Kudos, Chuck. Glad to have known you.

Originally published at The Washington Times.