Pot Legalization Will Be on Ohio Ballot in November 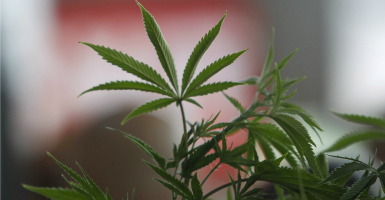 Ohio residents will have the chance to vote on marijuana legalization this November after a petition secured enough signatures to get a spot on the upcoming election ballot.

The group spent more than $2 million since March to push support for the petition and its investors have vowed to pour up to $20 million in its campaign to convince Ohioans to support legalization come Nov. 3.

“It’s time for marijuana legalization in Ohio, and voters will have the opportunity to make it happen this November—we couldn’t be more excited,” ResponsibleOhio Executive Director Ian James said in a statement.

“Drug dealers don’t care about doing what’s best for our state and its citizens. By reforming marijuana laws in November, we’ll provide compassionate care to sick Ohioans, bring money back to our local communities and establish a new industry with limitless economic development opportunities.”

Kevin Sabet, president of Project Sam and a prominent voice against pot legalization, said he is worried the U.S. is establishing “another big tobacco.”

“It’s not surprising that a small group of well known legalization advocates and funders continue to deny the threat of Big Marijuana and advertising and promotion related to addiction,” he told the Huffington Post Wednesday.

He has previously underscored marijuana’s health impacts, including induced psychotic episodes and panic attacks, to push against legalization.
ResponsibleOhio is proposing an amendment to the state’s constitution to legalize marijuana consumption and sales for people 21 years and older.

The initiative would impose a 15 percent tax on marijuana growers and sellers and a 5 percent tax on sales, reaping an estimated $554 million annually to fund local government services like police and fire departments.

Its plan limits marijuana growers to 10 farms, a measure that could run into another ballot measure that would prohibit a “monopoly, oligopoly or cartel” of federally controlled substances.