How Specifically Planned Parenthood May Be Violating the Law 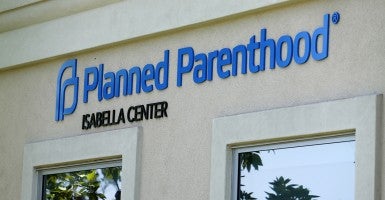 The undercover videos of Planned Parenthood personnel (such as medical director Deborah Nucatola and other employees) casually and coldly discussing the dismemberment of aborted babies have shocked and appalled millions of people. However, a question has arisen over the legality of what Planned Parenthood is doing. The organization’s president, Cecile Richards, claims that Planned Parenthood is operating “with full, appropriate consent from patients, under the highest ethical and legal standards.”

Several federal statutes apply to this issue. First of all, 42 U.S.C. §274e bans any person from knowingly acquiring, receiving, or otherwise transferring “any human organ for valuable consideration for use in human transplantation if the transfer affects interstate commerce.” Note that this ban on commercial sales is limited to “human transplantation.” Additionally, the statute says that “valuable consideration” does not include:

The reasonable payments associated with the removal, transportation, implantation, processing, preservation, quality control, and storage of a human organ or the expenses of travel, housing, and lost wages incurred by the donor of a human organ in connection with the donation of the organ.

Violators are subject to a fine of up to $50,000, imprisonment for up to five years or both. Planned Parenthood claims that it sells organs strictly for medical research and that it receives reimbursement only for expenses in return. If either of those facts is true, then there is no violation of the statute.

That’s a big “if,” however. We don’t know whether the organs Planned Parenthood harvests are being used only for research, and the undercover videos certainly seem to show that Planned Parenthood employees are trying to receive much greater compensation for the organs than a simple reimbursement of costs. They talk about getting “top dollar” and discuss different prices for various organs. Handling and transportation costs are not going to change whether you are harvesting—what a euphemism for what is really going on—a liver or a heart.

Only an in-depth investigation by the FBI and Justice Department lawyers will be able to determine the answers to these questions. Such an investigation would involve interviews of witnesses, including Planned Parenthood employees and all of the other outside organizations receiving these organs, as well as audits of their accounting, financial and other records.

But there are additional federal laws to consider. Unfortunately, 42 U.S.C. §289g-1 allows the federal government to “conduct or support research on the transplantation of human fetal tissue for therapeutic purposes.” But this statute specifically requires informed consent by the woman for whom the abortion is being performed, as well as all of the researchers who receive the fetal tissue. And it strictly prohibits any “alteration of the timing, method, or procedures used to terminate the pregnancy … solely for the purposes of obtaining the tissue.”

Planned Parenthood cannot get around the gruesome statements in the videos about “crushing” certain parts of a baby’s anatomy and leaving others intact in order to preserve the organs they covet. This is an apparent violation of §289g-1 by an organization that gets 40 percent of its annual revenue from federal funding, according to a letter Senator Chuck Grassley sent Planned Parenthood on July 15.

But there is also a second part of this statute that Planned Parenthood may have violated. Similar to the prohibition on organ sales, 42 U.S.C. §289g-2 prohibits knowingly acquiring, receiving, or otherwise transferring “any human fetal tissue for valuable consideration if the transfer affects interstate commerce.” It is a criminal statute punishable with fines and up to ten years in prison. “Valuable consideration” does not “include reasonable payments associated with the transportation, implantation, processing, preservation, quality control, or storage of human fetal tissue.”

As in the analysis with the organ statute, the key question is whether Planned Parenthood was receiving more in compensation than simple reimbursement for its expenses. Contrary to its official denials, the language and phraseology used in the undercover videos seem to indicate that to be the case. There is clearly enough evidence to justify—indeed, to require—the opening of a criminal investigation by the Justice Department, contrary to the assertions of White House spokesman Josh Earnest, who claims that “there’s not a lot of evidence right now” that Planned Parenthood hasn’t lived up to the “highest” ethical standards.

Finally, there is evidence in the videos that Planned Parenthood doctors may be violating the ban against partial-birth abortions by using abortion procedures intended to get around the ban. Per 18 U.S.C. §1531, partial-birth abortions (which really amount to infanticide) are prohibited except when they are “necessary to save the life of a mother whose life is endangered by a physical disorder, physical illness, or physical injury.” This is a criminal statute that can subject an abortion doctor to two years in prison. For this statute, there is also more than sufficient evidence in the videos to justify opening a criminal investigation.

Of course, there is a major problem with the Justice Department’s handling of this matter: Attorney General Loretta Lynch has a conflict of interest that, to date, she has neither acknowledged nor taken any steps to rectify.

In 2007, the U.S. Supreme Court upheld the constitutionality of the federal Partial-Birth Abortion Ban Act of 2003 in Gonzales v. Carhart, a case filed by Planned Parenthood. Loretta Lynch filed an amicus brief, along with a number of other former federal prosecutors, claiming that the Act was unconstitutionally vague and that it would chill “doctors from acting in the best interests of their patients.”

She also argued that the Act threatened “the integrity of the criminal justice system” because it would create “the unfortunate image in the public’s eye that some prosecutors may enforce this law in accordance with their own personal political views” and would undermine “the independence of prosecutors.”

The Supreme Court was obviously not persuaded by Lynch’s brief. But the arguments she presented make it clear that she has a possible conflict of interest in making a decision on whether to open a criminal investigation of the violation of a statute that she claimed was unconstitutional, would chill doctors’ medical practices and threatened the integrity of the criminal justice system.

Given the undeniable evidence already uncovered of possible violations of several federal criminal statutes, it is hard to imagine that anything other than Lynch’s “own personal political views” would prevent the Justice Department from opening a serious, objective criminal investigation of Planned Parenthood.