The Poll Numbers on the Planned Parenthood Scandal CNN Left Out 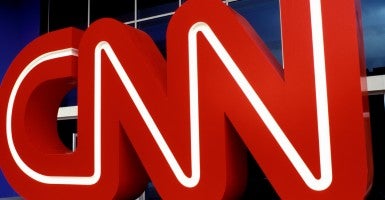 Regardless of one’s point of view on an issue, you can usually find a poll that shows that a majority of people agree with you.

A May 2015 Gallup poll asked, “Should abortion be legal?” Here’s how the numbers broke down:

Twenty-nine percent said abortion should be legal under any circumstances.

Fifty-one percent said abortion should be legal only under certain circumstances.

Nineteen percent said abortion should be illegal in all circumstances.

Here’s what Camerota could have said:

I also found interesting that while CNN chose to show questions from a Monmouth University Poll showing that a majority of respondents favored the use of fetal tissue for research and that 49 percent opposed cutting off federal funds to Planned Parenthood, they conveniently left out the response to this question:

“Have you seen or heard recent news about videos that supposedly show Planned Parenthood employees discussing the sale of aborted fetus tissue, or not?”

Here were the responses:

Only 27 percent said they had heard a lot.

Only 21 percent said they had heard a little.

But 53 percent of respondents said they had not heard about the story at all.

I wonder how different the other answers in the poll about fetal tissue research and defunding Planned Parenthood would have been if the 74 percent of people who had heard or seen little to nothing had indeed seen the videos.

Of course, as the Media Research Center points out, the death of Cecil the lion has received more than four times the coverage in one week by the network news media than the five undercover videos released over the past three weeks showing Planned Parenthood committing potentially criminal acts.

CNN didn’t mention those numbers, either.