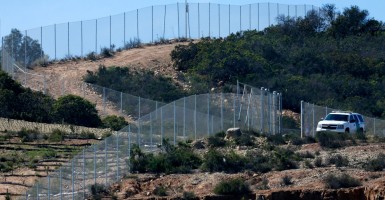 Over the course of eight months in 2014, sanctuary jurisdictions released more than 8,000 criminal illegal immigrant offenders the U.S. Immigration and Customs Enforcement was seeking to deport, according to a new report released by The Center for Immigration Studies (CIS). Out of the 8,000 released, approximately 1,900 were arrested for a successive crime during an eight-month timeframe.

According to the report, 63 percent of those released by local authorities, totaling 5,132 offenders, were either identified as a “public safety concern,” or already possessed a criminal record upon their release. Among the 5,132 offenders, 2,984, approximately one-fourth, had a prior felony conviction or charge as well.

The sanctuary jurisdictions adopted either policies, laws, executive orders or regulations which provided a loophole to deny some or all of ICE detainers, the principal mechanism ICE uses to deport illegal immigrants. The detainer is sent from the ICE to state and local authorities, indicating ICE’s intent to deport the designated offender.

But local authorities refused to comply with these detainers. The report showed 8,811 detainers were refused by local law enforcement agencies from Jan. 1, 2014, to August 31, 2014. As a result, the illegal immigrant offenders were released from custody.

Since then, the report indicates more than 17,000 detainer requests had been denied as of June 2015.
The 1,867 released offenders from the sanctuary cities in total were arrested 4,300 times after release. Although ICE arrested or removed approximately 40 percent of these offenders, 1,116, equaling 60 percent, of the reoffenders were at large when the study was conducted.

The report states 276 counties in 43 states denied to follow an ICE detainer. Of these jurisdictions, the counties with the highest number of refusals include Los Angeles County, Alameda County and San Diego County in California, along with Miami-Dade County in Florida.