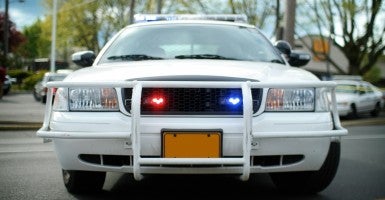 “There are two kinds of people,” Robert Frommer of the Institute for Justice says: “those that don’t know about civil asset forfeiture and those that are mad about it.”

This was the broad consensus at a recent event hosted by Americans for Tax Reform and Right on Crime, titled “Civil Asset Forfeiture: Undue Process and Overdue Reforms.”

Civil asset forfeiture essentially allows law enforcement to seize property which they claim has been involved in criminal activity.

As the media uncovers abuse after abuse, it should come as no surprise that a recent Rasmussen poll found 70 percent of Americans agree: Civil asset forfeiture needs reform.

With such widely-held opposition to the status quo, why haven’t we seen more reform measures successfully pushed, such as those most recently in New Mexico and Michigan?

“Law enforcement authorities who are under budgetary pressure view this—and this is only very slight hyperbole—as an existential threat,” stated John Malcolm, a panel moderator and author of The Heritage Foundation’s Legal Memorandum “Civil Asset Forfeiture: Good Intentions Gone Awry and the Need for Reform.”

Law enforcement agencies, driven by a “profit incentive” inherent to the civil forfeiture system, will occasionally—but still too often—abuse innocent citizens by seizing their (allegedly) “criminally complicit” property and use the proceeds to supplement their budgets.

Some districts derive as much as 20 percent of their annual financing from civil forfeiture seizures.

Law enforcement agencies have made it clear that they consider civil asset forfeiture to be absolutely vital and claim that the efforts of reformers will reduce public safety.

But is this a fair framing of the issue? History suggests otherwise.

Law enforcement agencies have only had direct access to forfeiture funds since 1985.

Before then, police, sheriffs, and federal agencies had proven capable of protecting the public.

Just as importantly, legislatures had proven able and willing to adequately fund these agencies to do the jobs society asked of them.

The real issue, then, is accountability. When one law enforcement officer referred to forfeiture proceeds as “pennies from heaven” that let him buy “toys,” he hit the nail on the head.

Forfeiture is not so much about plugging critical funding gaps as it is about law enforcement agencies protecting an unaccountable funding mechanism.

Public safety is best served when law enforcement priorities can focus on catching bad actors without the priority-skewing profit incentives that are inherent in the civil asset forfeiture process.

2. It’s Not Just Cops and Sheriffs

Cops, sheriffs, and Drug Enforcement Agency agents are not the only ones benefiting from an unjust status quo: Local prosecutors frequently collude with local law enforcement at the expense of innocent citizens.

Philadelphia has been recognized as a hotbed of civil asset forfeiture abuse, with the city raking in nearly $6 million in forfeiture funds every year between 2002 and 2012, and filing over 6,000 forfeiture petitions in 2011 alone.

Forfeiture funds constitute 20 percent of the Philadelphia district attorney’s annual budget; 40 percent of its forfeiture haul is used to pay the salaries of the very prosecutors handling forfeiture cases.

It doesn’t take a genius to see the structural problems here.

These policies perversely incentivize all kinds of procedural abuse, including absurd hearing requirements.

The Institute for Justice reports that in Philadelphia, defendants must appear up to 10 times or more for mandatory hearings, or else face default forfeiture.

Frequently, prosecutors will ask defendants to settle for a guaranteed fraction of their seized property, or face uncertain trial proceedings, sometimes extending 18 months or more.

Because prosecutors’ offices often get some cut of the proceeds from the cases they handle, it is hardly shocking that prosecutors stand right behind law enforcement when they denounce civil asset forfeiture reform in the name of “public safety.”

As of 2003, only 29 states had reporting requirements on their books, and 10 of those states responded to freedom of information requests filed by the Institute for Justice with unreliable or extremely limited data.

Whether driven by negligence or intentional obfuscation, the opacity of the forfeiture system is disturbing.

The Road to Reform

Despite these obstacles, the panelists shared a positive outlook on future civil asset forfeiture reform: “Change is on the horizon; change is coming,” encouraged moderator Derek Cohen of the Texas Public Policy Foundation.

While federal measures will go a long way toward overhauling the civil forfeiture system, efforts cannot end there. Demand for reform must also continue at the state level, where many abuses occur.

Fortunately, as more stories of abuse come to light, state lawmakers are taking note. Just in the past year, Montana, Minnesota, New Mexico and Washington, D.C., have passed restrictions on their forfeiture systems.

As momentum builds at the state and federal level, advocates must continue to lead the charge for civil asset forfeiture reform and comprehensive protection for innocent property owners nationwide.