How the Supreme Court Housing Decision Will Hurt, Not Help, Poor Americans 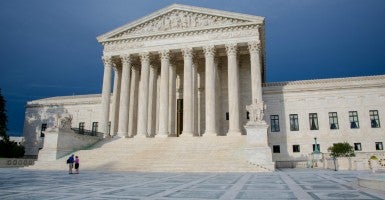 The news about the Supreme Court’s abysmal decision in King v. Burwell, in which the majority assumed the job of Congress and rewrote an unambiguous provision of SCOTUSCare (formerly Obamacare) to change it, obscured the release of a second, similarly awful opinion by the court today.

The decision in Texas Dept. of Housing and Community Affairs v. Inclusive Communities Project is also really bad news for the American republic. In this case, the court held that a plaintiff need not prove intentional misconduct in order to prove a violation of the Fair Housing Act, just a showing of “disparate impact” will suffice.

The Inclusive Communities Project (ICP) sued the Texas housing authority, which provides low-income housing tax credits to developers, claiming that Texas was allocating too many credits to black inner-city neighborhoods and too few in white suburban neighborhoods.

The ICP claimed this had a disparate impact on black residents’ ability to obtain housing in suburban neighborhoods. But the purpose of federal housing tax credits is to help poor residents living in blighted neighborhoods, not rich, toney parts of town.

Texas was doing everything it could to channel those credits to poor, run-down neighborhoods in an effort to provide better housing for residents. Those neighborhoods are usually in inner city areas. There was no evidence that the Texas housing authorities were trying to discriminate or do anything other than help out those Texans who need help the most to live in decent, clean homes.

And diverting federal money from those afflicted neighborhoods to help build housing in well-off, suburban neighborhoods would simply shrink the pool of money available to help the neighborhoods that really need the funds.

In a 5-4 opinion authored by Justice Anthony Kennedy, the court relied on Griggs v. Duke Power Co. (1971) to hold that anti-discrimination laws allow disparate impact claims when their text refers to “the consequences of actions and not just the mindset of actors.” The Fair Housing Act (42 U.S.C. § 3604 et seq.) makes it unlawful to “refuse to sell or rent … or otherwise make unavailable or deny, a dwelling to a person because of race.” Under Section 3631, you can be criminally prosecuted if you willfully intimidate or otherwise attempt to interfere with a person’s ability to purchase or rent property “because of” or “on account of” his or her race.

The straightforward text of the law makes it clear that only intentionally discriminatory conduct—disparate treatment—violates the law: You must have acted specifically because of the victim’s race.

But the court decided that the phrase “otherwise make unavailable” refers to the consequences of an action rather than the actor’s intent.  The majority acknowledged that disparate impact must be limited to “avoid serious constitutional question that might arise … if such liability were imposed based solely on a showing of a statistical disparity.”

Thus, housing authorities and private developers should be given the opportunity to explain the valid interests their policies advance, similarly to the “business necessity” standard under Title VII of the Civil Rights Act. But as Roger Clegg of the Center for Equal Opportunity says, disparate impact theory inevitably leads to a “numbers-driven/we-don’t-much-care-about-your-reasons approach [that] results in pushing potential defendants away from perfectly legitimate and race-neutral policies and toward race-based decision making.”

Justice Samuel Alito dissented, along with Justices Clarence Thomas and Antonin Scalia and Chief Justice John Roberts, pointing out that it is clear that the Fair Housing Act punishes intentional discrimination, not practices that have a disproportionately adverse effect on minorities. This was the case when the law was enacted in 1968, and it hasn’t changed since.

Alito concluded that embracing the disparate impact theory is a major mistake that will have a negative impact on local government, private enterprise, and, worst of all, those living in poverty.

Alito highlighted just how backwards the disparate impact theory is under the Fair Housing Act: The City of St. Paul, Minnesota’s enforcement of its housing code to ensure decent, clean housing in its poorest neighborhoods drew disparate impact claims. A court found that the city’s attempt to force landlords to address basic problems with their properties (such as rodents, broken doors and inoperable smoke detectors) led to rent increases, and this was actionable under the disparate impact theory because minorities were disproportionately hit with rent increases since a greater proportion of minorities live in bad housing.

Alito correctly asserted that “Something has gone badly awry when a city can’t even make slumlords kill rats without fear of a lawsuit.” And as Thomas pointed out in his separate dissent which listed some of the problems this causes, the city of Houston has over 43,000 families on its waiting lists for affordable housing, the overwhelming majority of whom are black.

And yet, the threat of disparate impact lawsuits has hindered the ability of the Houston housing authority “to provide affordable housing.” Not only is this decision wrong under the law, but in the long run, it will hurt the very people the Fair Housing Act was intended to help.