Copyright and the Internet: Getting the Balance Right 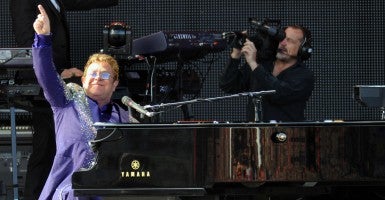 No nation comes close to the United States when it comes to creative industries protected by copyrights, such as motion pictures, music, television, visuals arts and software. But these industries are threatened by the unauthorized Internet downloading of copyrighted writings, designs, artwork, music and films. U.S. policymakers must decide how best to protect the creators of copyrighted works without harming growth and innovation in Internet services or vital protections for free speech.

The Internet allows consumers to alter and immediately transmit perfect digital copies of copyrighted works around the world and has generated services designed to provide these tools. Those tools include, for example, peer-to-peer file-sharing services and mobile apps designed to foster infringement. Many websites that provide pirated content—including, for example, online video streaming sites—are located outside the United States. Such piracy costs the U.S. economy billions of dollars in losses per year—including reduced income for creators and other participants in copyright-intensive industries.

Current federal law provides a variety of tools to combat such infringement. Both the Department of Justice and Department of Homeland Security are authorized to take civil and criminal enforcement actions against infringers, including seizing property used in connection with infringement. But jurisdictional limitations that restrict seizures to Internet domain names registered with a U.S. registry limit the effectiveness of these efforts. Criminal enforcement also may have an international dimension, with Justice Department investigations assisted by foreign law enforcers.

Copyright holders may sue to defend their interests. These include lawsuits against “primary infringers”—parties who directly violate others’ copyrights. But suits against individual file sharers have been rather ineffective because it’s hard to identify them and bring them to court. Direct infringement suits against Internet service providers also are difficult because these providers typically are not involved in copyright pirates’ decisions to place materials online.

The second tool involves lawsuits against “secondary infringers”—parties who facilitate direct infringers’ violations of copyrights. Such claims have been brought successfully against peer-to-peer file-sharing services, such as Napster and Grokster, and against other types of online services, including video hosting sites, BitTorrent sites, Usenet.com (a worldwide discussion board), and “cyberlockers” (which allow users to store and share large files).

In addition, the Digital Millennium Copyright Act establishes various extrajudicial tools to combat infringement. This law requires Internet service providers to block or remove infringing content for which they have received a valid notice or are otherwise aware. A “put-back” mechanism empowers Internet service providers to restore content that was removed by mistake. This structure has generated a widely used, extrajudicial tool—“notice and takedown”—for curbing infringement.

Various new potential tools have been proposed to augment these existing copyright enforcement mechanisms. These include website blocking (directing Internet service providers to block access to websites dedicated to piracy), content filtering (screening incoming network traffic for signs of infringement), “following the money” (requiring payment processors and online advertisers to cut off funding of infringers) and restrictions on the types of links that search engines are allowed to display. Mandating such tools through legislation would raise serious constitutional free speech concerns and could cause users (and their browsers) to rely instead on less-secure servers outside the U.S. to access blocked sites.

Some self-help approaches do not require government. For example, in 2011, a coalition of major Internet service providers and industry associations agreed to a voluntary “Copyright Alert System,” which establishes a process for handling repeat infringing activity by online users of peer-to-peer file-sharing networks, short of account termination. Under this system, subscribers of the Internet service providers are notified when they initially access infringing materials and are subjected to a series of graduated sanctions from warnings to service downgrades of varying severity if they persist in their behavior.

Other sorts of private, voluntary efforts also can help. For instance, new technologies allow websites that contain licensed content to be marked and highlighted for consumers. This lets them better identify legal services that are available online. Also, services that make online content more easily available to consumers can significantly reduce demand for pirated materials. These services, the biggest of which is iTunes, are quite successful in the music world, and video download services, such as Apple TV and Amazon Video, are growing rapidly among movie watchers.

There is no “silver bullet.” Curtailing online infringement will require a combination of litigation, technology, enhanced private-sector initiatives, public education and continuing development of readily accessible and legally available content offerings. As the Internet continues to develop, the best approach to protecting copyright in the online environment is to rely on existing legal tools, enhanced cooperation among Internet stakeholders and business innovations that lessen incentives to infringe.