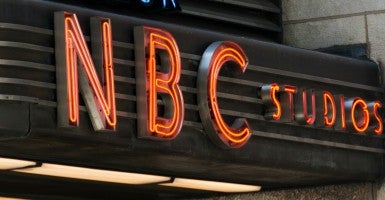 NBC News released Tuesday a poll with the following question:

Respondents chose “protecting American industries and jobs” by more than a 2-to-1 margin.

That’s not surprising, considering the way the question is worded. Respondents can choose one answer that makes them sound selfish, or another that makes them sound patriotic: They are either pro-American industries and jobs, or they selfishly desire low-priced goods for themselves at the expense of American industries and jobs.

In addition, the poll presents a false assumption by asking whether “protecting American industries and jobs by limiting imports” is important.

In reality, limiting imports does not protect American industries and jobs. Instead, it just protects some industries and jobs at the expense of others. For example, when the Obama administration restricted imports of low-priced imported tires, a Peterson Institute for International Economics study found that about three U.S. jobs were lost for every tire manufacturing job saved.

Suppose NBC News had instead asked a similar question but worded it differently:

The response would probably have been much different.

And while both questions are leading, at least the second version provides an honest choice. Free trade allows people to buy products at low prices, while protectionism allows some industries to receive protection from competition at the expense of American citizens and the overall U.S. economy.