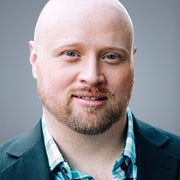 Five years ago, Congress used a budget process known as reconciliation to pass the Affordable Care Act with a simple majority. It allowed Democrats to avoid a filibuster in the Senate and deliver the bill to President Obama’s desk.

Now, with Republicans in control of the House and Senate, lawmakers have once again set the stage to use reconciliation—only this time they want to use the maneuver to repeal Obamacare.

Congress already took the first step by approving a budget resolution this month. Their next move should be passing repeal legislation. That would uphold their promise to voters and send a repeal bill to Obama’s desk for the first time.

>>> Watch: How This Congressional Maneuver Could Be Used to Repeal Obamacare