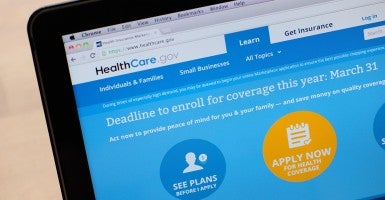 It’s been five years since the Affordable Care Act became law, but only two since most of its provisions went into effect.

As its detractors predicted, Obamacare’s implementation led to a large, immediate rise in health insurance premiums. This is hardly surprising: The law required that a broad swath of treatments be fully insured, thus deepening the moral hazard problems that have long plagued the American health insurance system.

Heritage Foundation microsimulation analysis of the 2015 health insurance offerings on the ACA exchanges found that the sharp 2014 price spike was not reversed.

The average health insurance premium rose by 5 percent this year, much higher than the rate of inflation. But that increase is modest compared to the massive increase in non-group health insurance rates in 2014, which was around 50 percent on average, with some consumers facing much worse rate jumps.

The surge in costs has been concentrated among young people, who are generally poorer, healthier and less attached to the labor force than the middle-aged. Young adults in California, which had typical cost increases this year, will pay insurance prices 10 percent higher than last year, according to the Heritage microsimulation.

It remains to be seen whether the steep price of the ACA has bought Americans anything of value.