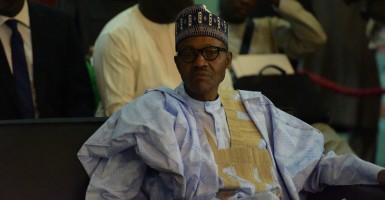 Compared to the last presidential elections in 2011, Buhari did not cede any states to Jonathan, but in fact gained the support of nine new states in this year’s election, eight of which were won by Jonathan in 2011. While Jonathan lost support in several key states, his party, People’s Democratic Party, retained control amongst their base in the majority of southern states.

Now is the first time any opposition party has won the presidency and the majority in the 109-seat Senate in the Nigerian National Assembly with 64 seats. Despite a history of post-electoral violence in Nigeria, Jonathan conceded the election early and congratulated Buhari on his win.

In the words of House Committee on Foreign Affairs Chairman Ed Royce, “President Goodluck Jonathan demonstrated true leadership in conceding to Mr. Buhari.” This is an unprecedented step for democracy in the country and shows the commitment of the country to the democratic process.

There are several factors that contributed to an All Progressives Congress and Buhari victory this year. Interestingly, Buhari has sought the presidency in our previous presidential contests; he is no newcomer to Nigerian politics.

To Jonathan’s credit, during his administration he significantly improved Nigeria’s electoral process. The permanent voter cards and electronic card readers made the identification of voters far easier than in the past and this in turn made these elections much more credible and harder to rig, for both sides.

Many voters felt that Jonathan had not responded effectively to Boko Haram in the north and were more willing to vote for a candidate, any candidate, who took a more aggressive offensive against the terrorist group, Boko Haram. Additionally, the newly formed All Progressives Congress is a coalition  of Nigeria’s four largest opposition parties. This merger was critical for the party to secure the majority of the votes this election cycle.

Despite logistical issues and attacks by Boko Haram in the north, these elections were the most successful elections the country has ever held. Voters were cooperative and peaceful and parties were quick to accept the results of the elections. This success is an enormous step for consolidating and strengthening democratic tradition in Nigeria. The successful elections in the most populous and wealthiest country in Africa will serve as an example of democracy to the rest of Africa.