A Woman Accused of Removing a 7-Month Baby From a Mother’s Womb Is Not Being Charged With Murder. Why That Has Sparked a Legal Debate. 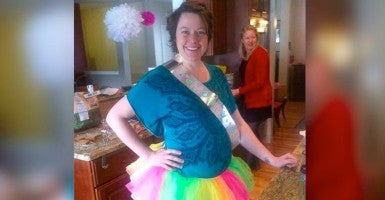 The decision not to charge a Colorado woman with murder for the death of an unborn 7-month-old baby has reinvigorated a debate over when states should legally recognize a fetus as a human being.

Dynel Lane, the woman accused of cutting and removing a 7-month-old baby from a mother’s body, will not face murder charges, the Boulder County District Attorney’s Office said on Thursday.

Michelle Wilkins was brutally attacked on March 18 when she responded to a Craigslist advertisement in Longmont, Co., from a woman selling baby clothes out of her apartment.

Investigators say that when Wilkins, 26, arrived to the apartment, Lane, who according to The Denver Post was a certified nurse’s aide from 2010 to 2012, stabbed Wilkins in the stomach and removed the fetus from her womb.

Tragically, the 7-month-old baby died as a result of the attack, while Wilkins survived after spending over a week in the hospital. Colorado, unlike some other states, criminalizes assault of a pregnant woman, but doesn’t recognize the unborn child as a second victim of the crime.

Currently, Colorado is one of only 12 states in the U.S. that doesn’t recognize the killing of an unborn child as a form of homicide.

“Under Colorado law, essentially, there is no way murder charges can be brought if it’s not established that the fetus lived as a child outside the body of the mother,” District Attorney Stan Garnett said Thursday in response to the decision not to charge Lane with murder.

On Friday, The Boulder County Coroner’s Office determined there were no signs that Wilkins’ baby, who she planned to name Aurora, had lived outside the womb.

Last year, pro-life groups brought forth a ballot initiative popularly known as the “personhood” amendment, which attempted to protect pregnant women and unborn children by defining “person” and “child” in the Colorado criminal code and the Colorado Wrongful Death Act to include unborn human beings.

If the law recognized a fetus as a “person” or human being, Lane could have been charged with murder or some form of homicide.

But in November, after Planned Parenthood spent more than $1.8 million lobbying against Colorado’s “personhood” initiative, the measure was defeated.

Critics like Planned Parenthood argued the “personhood” proposal would interfere with women’s ability to access abortions and other health care services.

Clarke Forsythe, senior counsel at Americans United for Life, a pro-life law firm and advocacy group in Washington, D.C., admits that Colorado’s measure was ambiguously written, but argues there’s a dire need for the state to establish a fetal homicide law to protect women and unborn children in these types of cases.

“Colorado needs to join the majority of states that have a fetal homicide law,” he told The Daily Signal in a phone interview on Friday.

Planned Parenthood did not respond to The Daily Signal’s request for comment regarding this report.

Despite the hurdles that exist in charging Lane with murder given Colorado’s current legal landscape, Forsythe is hopeful that her tragedy will spark change.

“Incidents like this often spark changes in the law and frankly are sometimes needed to get courts or legislators to act.” -Clarke Forsythe

“This incident could be landmark in changing the law either because the legislator might change the fetal homicide law or the criminal law, or the court might allow a wrongful death suit if the child’s viable even if it was stillborn,” he said.

Incidents like this often spark changes in the law and frankly are sometimes needed to get courts or legislators to act.