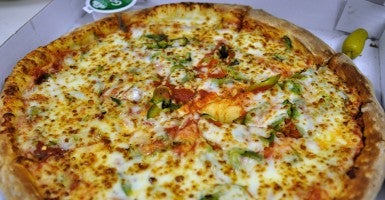 Did the New York Attorney General’s Office collude with a local union leader to develop the basis for a lawsuit against a Papa John’s Pizza franchisee?

If not — if the union leader was not involved in the investigation of the pizza franchises’ pay and employee practices before it became public– why was the union leader quoted in a press release announcing the lawsuit had been filed?

And why won’t the New York Attorney General’s Office turn over documents relevant to the matter?

In response to a Freedom of Information request from a free-market group known as Americans for Limited Government, the attorney general’s office contended that it has no records showing union collusion in the Papa John’s lawsuit.

In the press release announcing the lawsuit, Kendall Fells, organizing director of Fast Food Forward, a union-backed worker center, is quoted praising the action taken by the attorney general. That means Fells, who also is on the payroll for the Service Employees International Union, must have known of the suit before it was filed.

Days later, Americans for Limited Government submitted a New York state Freedom of Information Law request with the attorney general’s office seeking records of communications between the office and Fells and any other individuals with Fast Food Forward.

The group asked for:

In a letter dated Dec. 29, 2014, Benjamin L. Maggi, an assistant attorney general and deputy records access officer, informed Americans for Limited Government that the documents associated with item one of the group’s request “are exempt from disclosure and have been withheld” because the documents “were compiled for law-enforcement purposes and would, if disclosed, interfere with law-enforcement investigations or judicial proceedings.”

Maggi said that he could not locate records related to items two and three of the request.

Then, in a letter dated Feb. 6, Kathryn Sheingold, a records appeal officer, suggested Maggi’s response had contained errors. She wrote:

In other words, Scheingold indicated her office did have records of communications with Fells on matters unrelated to the Papa John’s case, but these also would be withheld under the law enforcement exemption.

Nathan Mehrens, president of Americans for Limited Government, thinks the attorney general’s office is playing games with the truth.

“It is unusual, to say the least, to have a government agency assert in careful language that they have responsive documents, and then later decide that they were mistaken when pushed to produce them,” Mehrens says. “Very unusual indeed.”

The attorney general’s office did not respond to numerous requests for comment from The Daily Signal.